The Mission Veterans Memorial Lady Patriots (38-4, 14-0) picked up their seventh straight bi-district championship Tuesday night, and while they’re proud of the accomplishment, this team is focused on much more.

Since the first day of practice, the Lady Patriots were talking about making program history. The team has a copy of the 5A state playoff bracket in their locker room that has been posted for weeks. 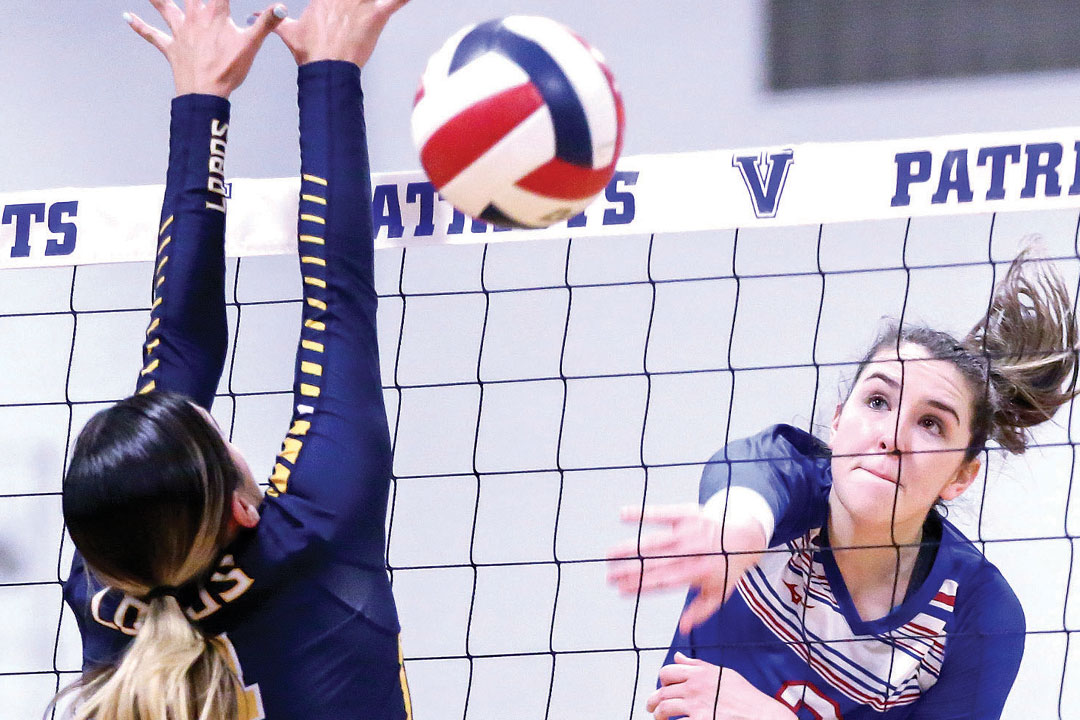 The Lady Patriots have sent teams into the fourth round regional semifinals before, but never past it. This year’s group is determined to be the first to do so at Mission Veterans.

“Now that playoff season is here, we’re just that much more hyped and that much more excited to reach our goal and to reach our full potential,” said senior Makenzie Gerlach. “For us, the seniors, we just want to reach the goal that all the years before us wanted to achieve and make school history.”

The senior pair of Gerlach and Jackie Howell already have their names in the Mission Veterans record books. They became the first group to go unbeaten in district play in four straight seasons earlier this year. Now they’re looking to break more records.

“We told them it was a new beginning because if they let their guards down, they’re out,” said Lady Patriots’ Head Coach Diana Lerma. “We had Coach Gilpin come in and pump them before the game and they responded well. It’s a new beginning for us to try and break our school record, to go beyond the Sweet 16 and make a state appearance.”

On Tuesday night, the Lady Patriots made quick work of the Brownsville Lopez Lady Lobos. After a 25-15 win the the opening set, Mission Veterans flexed their muscle and powered through Lopez 25-10 in the second and 25-17 in the final set while giving some play time to younger players.

Howell and Gerlach both finished with 12 kills, but it was the youngest of the Lady Patriots’ three-headed monster of an attack Kassandra Lerma who led the team with 15 kills and eight total blocks. When all three are rolling, Mission Veterans is tough to beat.

The Lady Patriots and their dangerous attack are out to keep their season alive as they move on to the second round.

“Playoff mode is a different mentality,” Howell said. “Hopefully a different beast comes out of all our players and we each step it up another level, because the competition only gets bigger, stronger, faster than us, and we need to keep up and play physically and mentally strong too.”

The two other Big 7 playoff qualifiers, the Sharyland Lady Rattlers and Pioneer Lady Diamondbacks, had their season come to an end after losing their bi-district matchups.

The Pioneer Lady Diamondbacks lost their first round playoff game against Brownsville Veterans Memorial 3-1 (23-25, 22-25, 25-23, 25-27). Senior Daizy Coronado posted 16 kills, five blocks and three aces, junior Daniela Alvarez had a team-high 18 kills and five blocks of her own, and freshman Natalie Reyes had 49 assists and 20 digs.