Ready to get started on the construction of the anticipated Tennis Center at Birdwell Park, the city of Mission held a groundbreaking ceremony on Monday.

The park was approved after Mission’s Parks and Recreation created a public survey for a ten-year plan for the city. In that survey, tennis ranked number three in the top ten needs of Mission residents. 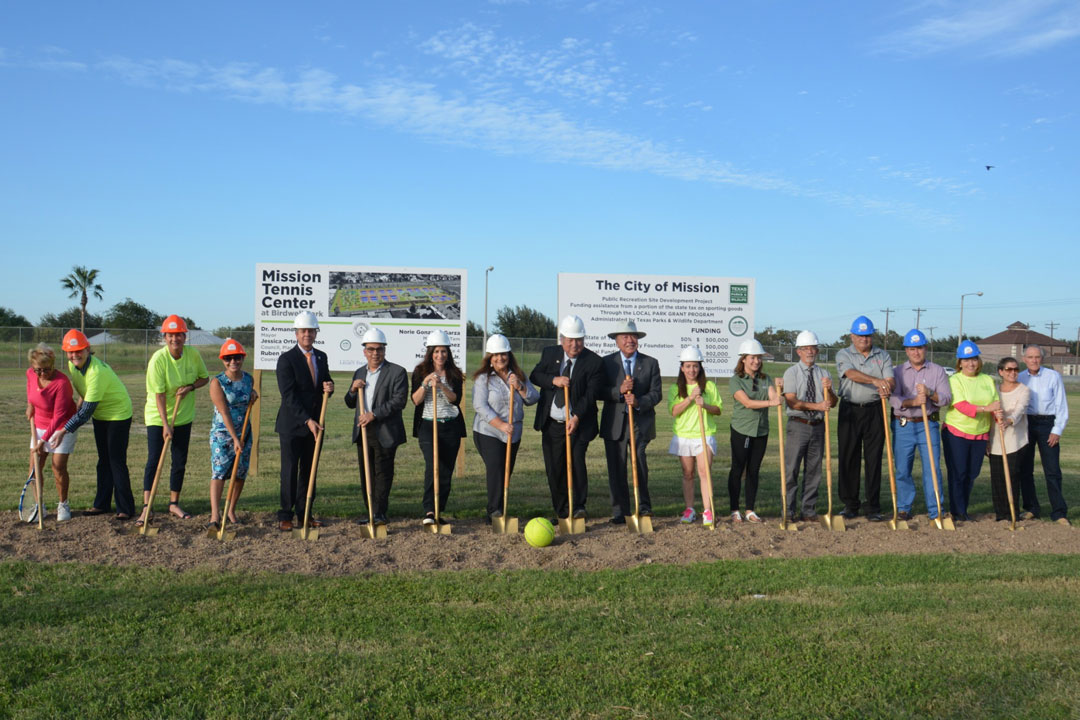 The Tennis Center at Birdwell Park, located at E 24th Street in Mission, will contain 16 tennis courts, a walking trail, workout stations and playscapes, along with resurfacing the grounds and improvements on lighting and fencing. The project, estimated to cost $1.9 million, is anticipated to be completed in 180 days.

Funds for the project come from several sources: a grant from the Texas Parks and Wildlife Department through Texas Sporting Goods tax funds, the Land and Conservation Fund (with federal dollars) and the Valley Baptist Legacy Foundation.

Bentsen said he was glad the city will be able to promote a “lifetime sport,” and that while tennis was once viewed as a “rich man’s sport,” it can now be accessible and hold no barriers to Missionites who are “rich or poor, young or old.”

“Our goal is not only to help encourage this game, but to bring more public awareness to obesity and diabetes, and how to kick it through exercise and education,” Bentsen said.