For the first time since 2012, the Mission High Eagles are back in the playoffs after picking up a 21-14 win over the La Joya Coyotes in their regular season finale Friday night at Tom Landry Stadium. 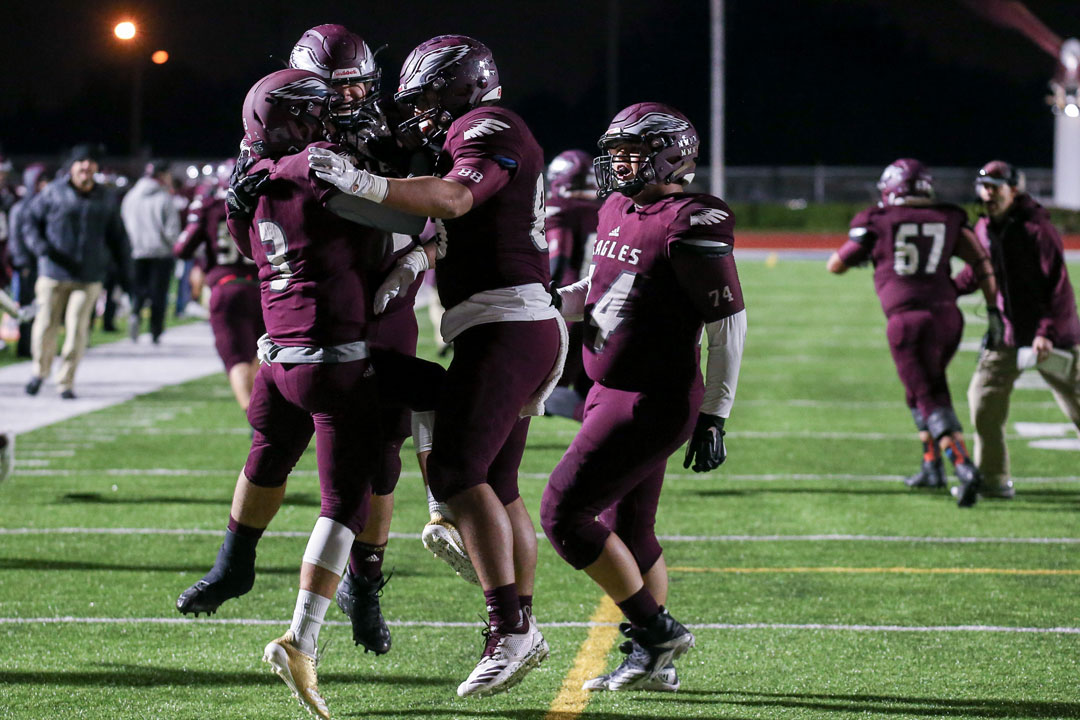 With a playoff spot on the line, the game between the Eagles and Coyotes began as a defensive slugfest. The Mission defense came up with the first big play of the night when sophomore linebacker Justin Soto stripped La Joya’s Eddie Villarreal for a fumble recovery to set the Eagles up with good field position.

Mission running back Horacio Moronta broke the scoring seal with a 3-yard touchdown after the turnover to give the Eagles a 6-0 lead heading into the locker room.

In the second half, the offenses turned things up. Mission’s Moronta found the end zone again when he hauled in an 18-yard pass from Jeremy Duran to go up 12-0.

Detmer then took a page out of the Philadelphia Eagles playbook on the two-point conversion and ran the “Philly Special” successfully as fullback Andrew Maldonado, who also had an interception on defense, took the reverse and threw it to a wide open Duran to go up 14-0.

“I’m a natural, man,” Maldonado jokingly said of his successful pass on the two-point conversion. “I’ll do anything for this team, I’ve always been that type of player, to go all out, whatever they want me to do I’ll be doing.”

With their backs against the wall, the Coyotes responded.

Senior quarterback J.R. Rodriguez broke a 50-yard touchdown run right through the heart of the Mission defense to close the gap at 14-7 with 7:01 to play in the third quarter.

After forcing an Eagles punt, La Joya got the ball back with a chance to even the score but turned the ball over by mishandling the pitch on an option that was recovered by Mission’s Al Tijerina.

Mission used the momentum to score their third touchdown of the night as Duran found tight end Rey Garcia for six in the corner of the end zone to extend their lead to 21-7 with just over 12 minutes remaining in the game.

La Joya answered back again with a touchdown by Villarreal to bring the score to 21-14 with 5:33 to play, but the Coyotes never got the ball back as Mission moved the ball for a couple first downs to kill the clock and clinch a playoff berth for the Eagles.

“Honestly, it’s an honor because we’re bringing Mission back and it feels good,” Duran said.

The Mission Eagles finish regular season action at 8-2 overall and 5-2 in district play, and will take on Laredo United in the first round of the playoffs. Time, date and location should be determined by tomorrow.

The La Joya Coyotes end their season at 6-4 on the year and 3-4 in district play.