After only rehearsing all together for one day, a choir comprised of students from all elementary schools in the La Joya school district put on a celebratory performance in honor of veterans across the United States. 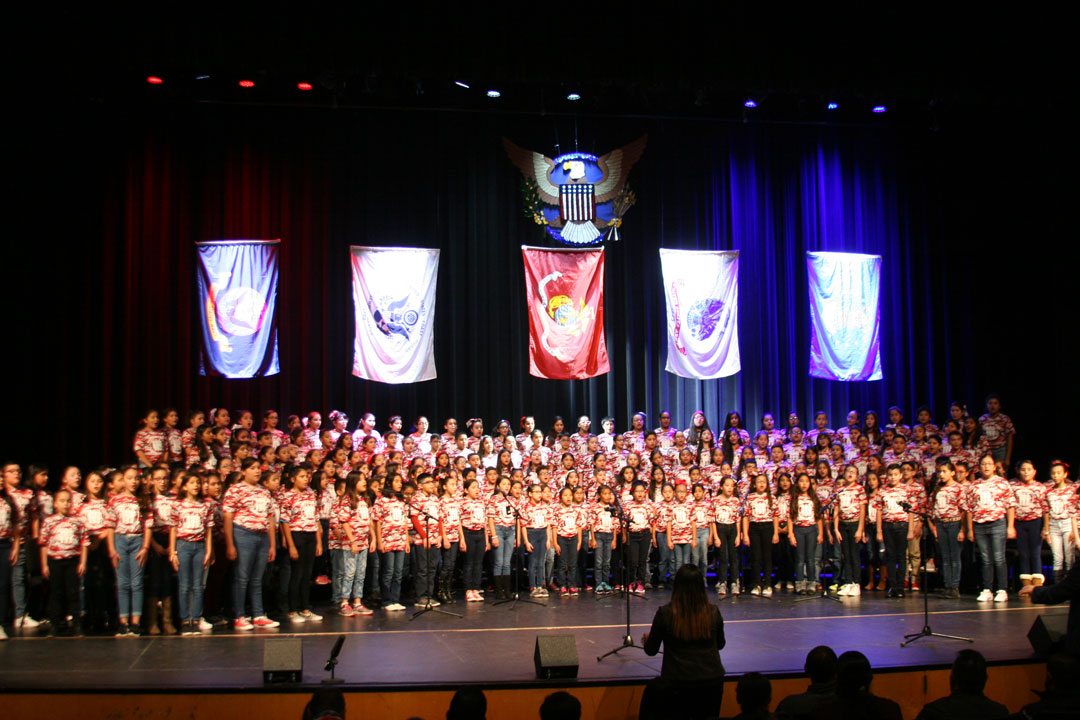 Students from all 23 elementary schools performed a few songs, including “America the Beautiful” and “God Bless the U.S.A.,” as well as the Pledge of Allegiance, National Anthem and opening remarks about Veterans Day.

The ceremony also included a moment of silence in honor of the veterans in attendance, typically held at 11 a.m. on Veterans Day. During the moment, the bugle call “Taps” was played.

Sergeant Leroy Alaniz was the special speaker at the event. A veteran who served during the Vietnam War with the U.S. Marine Corps and the Naval Security Agency, he spoke about the importance of honoring those who have served.

Drafted before the conflict, Alaniz spoke about his experience with the draft and how it has impacted his stance on the topic.

“You’re away from family, you’re away from your way of life,” Alaniz said. “If you go in like I did, I was 19, my way of life was lost. I was right in the middle of my college career when I got my draft notice, and that was it.”

“It is my hope that within my lifetime, and I don’t know how many years the good Lord has left for me, but within those years I want to be able to see world peace,” Alaniz said. “I really do.”

The branches of the United States Military were displayed on flags hanging over the stage where the children performed. Alaniz asked the audience if they had any questions for veterans, and a couple of people stood and spoke.

One man asked him if he felt veterans got the proper recognition for their service. Alaniz said that when he got back from his tour they did not, but times have changed.

“The first time someone had told me ‘thank you for your service,’ I didn’t know what to do, I didn’t know how to answer because I had never heard it before,” Alaniz said. “Things are changing, and I’m glad for that.”

The ceremony was followed with a short reception.