A Palmview Police Department K-9 slipped away from his handler and killed another dog. 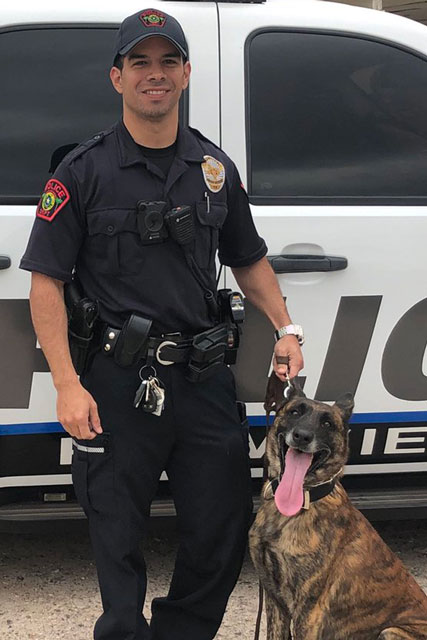 “It’s kind of an isolated incident,” Zamora said. “But it did happen.”

Guerrero, who graduated from Mission High School, joined the Palmview Police Department in June 2016, according to personnel records. He took responsibility for Ringo in February 2018, replacing police Cpl. Bryan Flores.

Palmview pays K-9 handlers a $500 stipend. When they’re not at work, handlers take the K-9s home.

What prompted Ringo to run away that night remains unclear.

Ringo dug a hole underneath a professionally installed fence and jumped over a standard cedar fence at Guerrero’s house, Zamora said, adding that he’d never seen anything like it.

Zamora said he didn’t know any details about the small dog that Ringo killed.

“I’m just waiting to get the actual report from the Mission Police Department,” Zamora said on Monday. “And see what findings they had.”