In response to a need to improve their response time to residents on the city’s south side, the city of Peñitas announced they now have a second 24-hour EMS ambulance.

Housed in the city’s volunteer fire station, the vehicle is a sign of growth in the city’s relationship with Hidalgo County EMS, the Pharr-based company that provides services to the city. 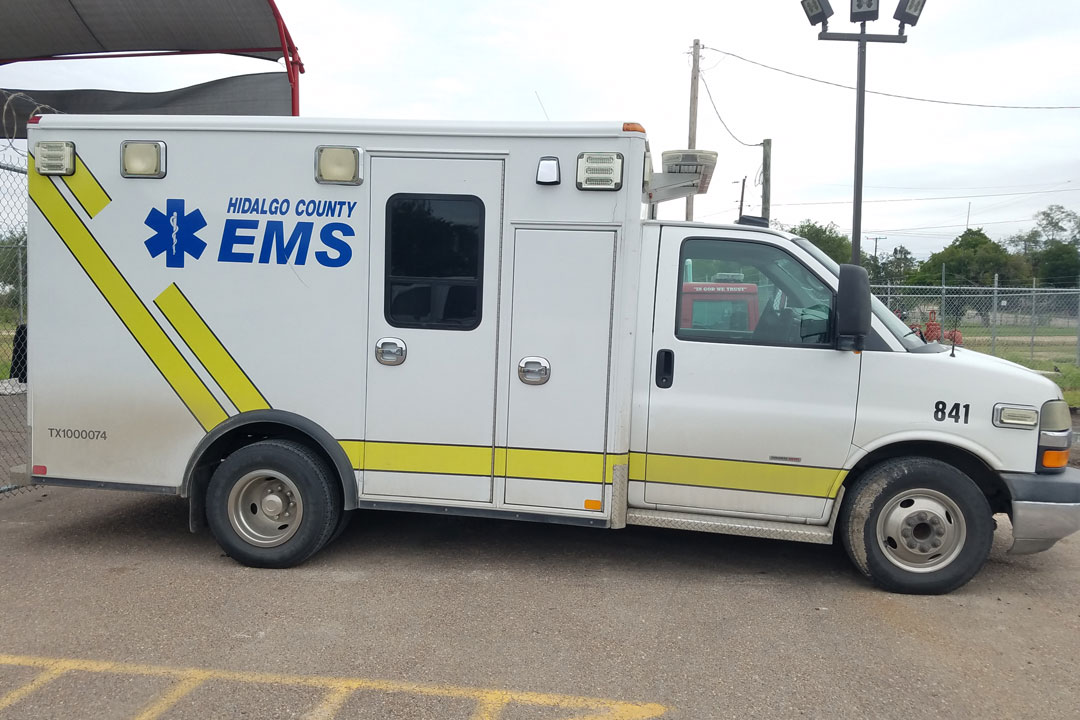 “It’s a big plus for the community,” Peñitas Fire Chief Leroy Salinas said. “It definitely helps us when it comes to serving our people in the area and in the neighboring cities, especially with the holidays coming up, a time of year when there’s always something going on.”

The decision to have a second EMS ambulance came as the city began their reconstruction project on Tom Gill Road, one of the city’s busiest streets according to Salinas.

The project, which began last month, calls for drainage improvements and repaving the street and is scheduled to last 60 days, officials said.

The project raised some concern as the city’s ambulance is housed in the fire substation located on 3 Mile and Tom Gill Road, Salinas said.

The new ambulance, which comes at no cost to the city, is being housed in the substation located on Main Street across from city hall. According to Salinas, all the city has to do for the ambulance is provide housing for the Emergency Medical Technicians. This brings the total of EMTs in the city to eight, joining the 24 volunteer firefighters and the four part-time and full time firefighters in the city.

The second EMS vehicle is among the many changes implemented in the city under Salinas, who resigned as La Joya’s fire chief last September to accept the position in Peñitas.

Salinas said he received the idea to use the free Active 911 app from the city of Pharr, which began providing dispatch services to Peñitas last month.

Salinas also said he is working to meet with the EMTs and other officials to host town halls for the public to receive CPR and other basic first aid training.

“It’s not to get them certified, but it’s for the community to be prepared for emergencies,” Salinas explained. “That way whenever there’s an emergency and it involves someone either bleeding or choking, they can get started on treating the person as they wait for us to arrive. Ultimately it’s relationships like this that will help us all down the road.”