Sharyland’s season started with overtime and it ended in overtime as the Rattlers fell short 35-42 to the Brenham Cubs in double-overtime today at Cabinass Stadium in Corpus Christi.

Tied at 28, the Rattlers started overtime with the ball first and took two plays to find the end zone as quarterback Edgar Longoria found slot back Adrian Solis open in the end zone for six to go up 35-28. 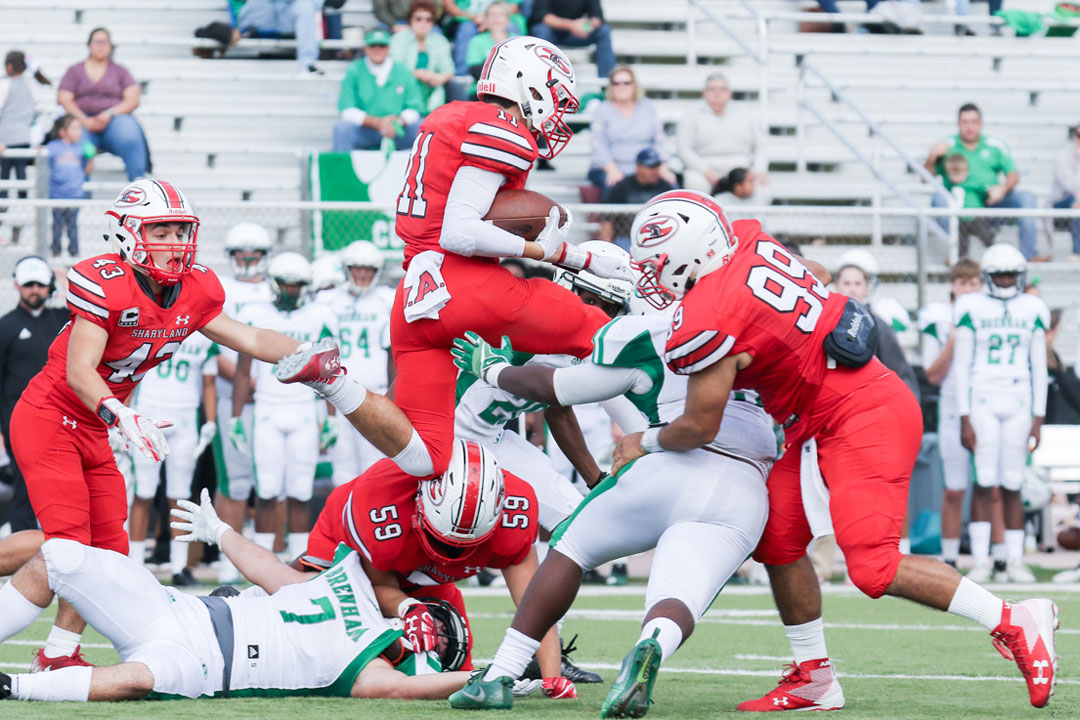 On Brenham’s first play of overtime, quarterback Garrison Weiss weaved his way through the Sharyland defense to knot the game up at 35 and send it into a second overtime. Brenham followed the score up with a rushing touchdown by running back Tyree Jackson to take a 42-35 lead with Sharyland set to get the ball back.

After a five-yard loss on first down and a false start penalty, Sharyland was facing a 3rd-and-20 at the 35-yard line needing to get into the end zone. Edgar Longoria took the snap, scrambled to find room and took a hit that left him down on the turf. After referees ruled the injured Longoria needed to sit one play out, Oscar Valdez stepped in at quarterback for the Rattlers but was sacked, bringing Sharyland’s season to and end.

“It’s kind of ironic, the first game of the year was overtime and here today, the last game took overtime,” said Sharyland Head Coach Ron Adame. “I don’t think it surprised our boys that we find ourselves in that situation, it’s a little disappointing that we come out on the losing end for the second year in a row in the playoffs, but I’m proud of each and everyone of these individuals. They gave us everything they had, not just today but all season long.”

Sharyland opened up a 21-7 lead heading into the half after touchdown passes by Longoria to Ruben Davila and Gabriel Tamez and a rushing score by Solis.

Coming out of the locker room, Brenham turned things up and scored three touchdowns in the third quarter, creating ties at 21 and again at 28 before heading into overtime where they eventually prevailed.

“You got to give them credit for stepping up their game defensively and offensively,” Adame said. “They executed on defense and kept us bottled up, our defense gave us a couple turnovers that we couldn’t do anything with. We didn’t win the second half, that’s the reason they were able come back.”

Longoria finished the game with 249 passing yards, four passing touchdowns and 72 yards on the ground. Solis, Tamez, Davila and Joe Gomez each hauled in a touchdown pass, while Solis added another on the ground.