More than 100 students from the La Joya, Mission and Sharyland Independent School Districts gathered and hit the lanes at Incredibowl to show off their bowling skills, just one of the athletic competitions Special Olympics Texas – Rio Grande Valley hosts throughout the year. 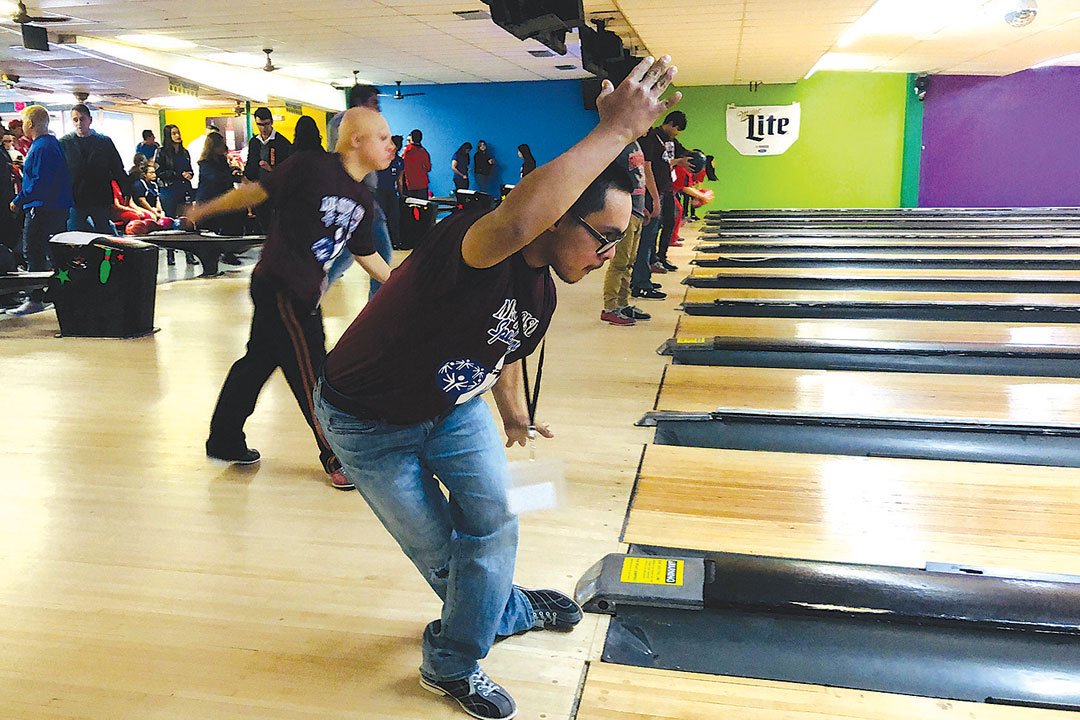 Lauro Garza, Special Olympics Texas area director for the Rio Grande Valley, said the best thing said hosting athletic competitions across the RGV has opened doors for the athletes as it gives them the opportunity to play sports just like all the other kids in their school.

“What it does is it makes them feel happy, they have fun, they hang out with their friends and make friends,” Garza said. “When they see the other kids talk about their sporting events, what they did this weekend, they do the same thing.”

It’s more than just showing up and sending the ball down the lane in hopes of knocking down a pin or two, these Special Olympic athletes practice and train for game day, just like any other athlete.

Leobardo Ramirez, Head of the Delegation and Head Coach for La Joya ISD for the past 40 years, said his athletes train three times a week, bowling three games each time like they’ll face at the state competition in Austin.

“They take it serious in practice and in competition, you can see their focus,” Ramirez said. “It’s a wonderful feeling because they’re socializing with other kids in the community. It’s a very powerful feeling to see that among them, and now that they’re competing against other schools, it’s even better because they’re learning to compete against other kids, not just the ones that are there with them in school, so that’s a great feeling to have.”

Coach Guillermo Guzman, the Adaptive P.E. and Special Olympics Coach for District of Sharyland ISD for the past 12 years, said while winning is nice, it’s more about the fun learning experience for everyone involved.

“My favorite thing is to see them out here having fun, participating and doing the best they can,” Guzman said. “It’s not about winning, I think they’ve learned that from me, the keyword is have fun.”

With the bowling competition in the rearview, Special Olympic athletes will now begin their preparation for three December competitions, including tennis, powerlifting and golf.