After seven years with the Mission Economic Development Corporation, Alex Meade stepped down from his position as CEO Thursday. 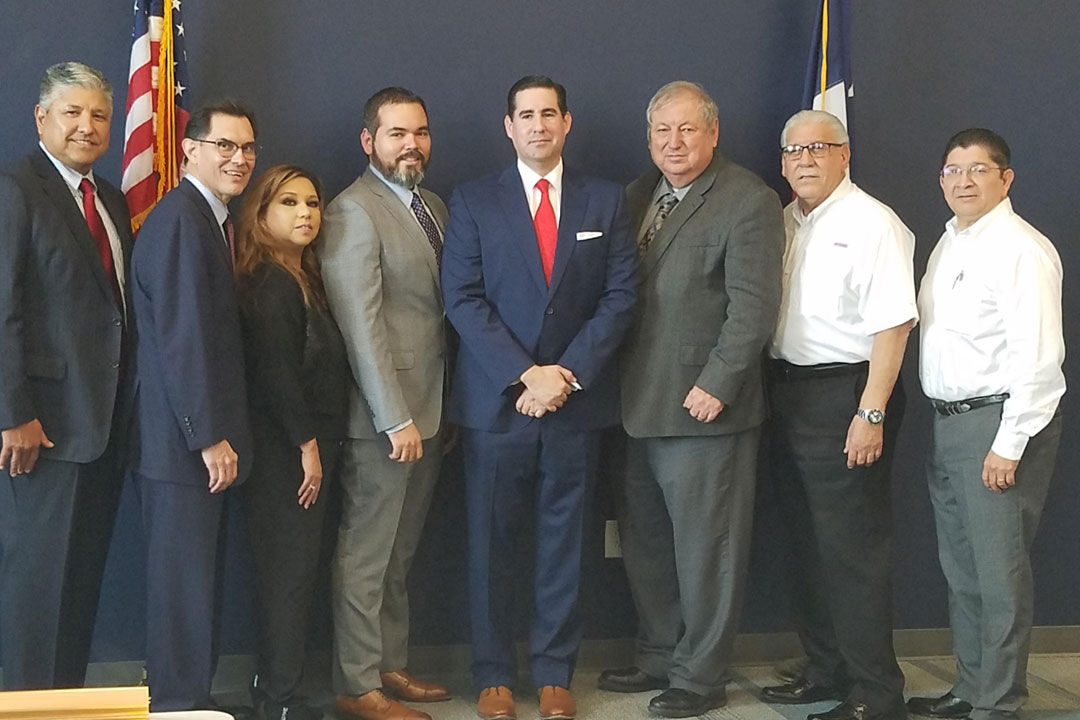 “I appreciate the opportunity you guys gave me,&rdquo; Meade told the board. “It was an opportunity I never thought I&rsquo;d get again, to start an EDC from the ground up. We literally walked into an old building with nothing.&rdquo;

When Meade joined the EDC in 2011-then known as the Economic Development Authority-the corporation as in a different place.

Originally housed in a small building near the city industrial park, Meade recalled how he tried to get new furniture and computers for the building.

That ultimately led to the city&rsquo;s attitude regarding nurturing businesses in the area, Meade said.

“I remember playing with the city&rsquo;s purchasing policies to purchase everything we needed and keep it under the $10,000 purchasing limit,&rdquo; Meade said. “We were able to do it. So we took that mentality of being a startup to nurture the startups that exist throughout the Valley.&rdquo;

Meade declined to provide details of his resignation Thursday.

Since taking the lead role, Mission EDC, has attracted projects that offer significant job creation and capital investment in the city.

Under Meade, the EDC has developed several workforce development programs that have been recognized at the local, state and federal levels, implemented the Ruby Red Ventures, a small business program that promotes entrepreneurship in the city, and helped establish Code the Town, which promotes computer science education in the city.

In the fall of 2016, the EDC opened their Center for Education and Economic Development, a 55,000 square feet co-working facility that houses several businesses in the city of Mission.

For all his work in helping the city grow, Meade was presented with the “Innovator Award&rdquo; as part of the Progress Times&rsquo; annual citizenship awards October of last year.

As part of the transition, the EDC&rsquo;s chief operating officer Daniel Silva was promoted to replace Meade at that same meeting.

Silva, who has worked for the EDC for the last 14 years, said he is prepared for his new role.

“[Meade] has given me the ability to take on new endeavors that I am interested in and run with them,&rdquo; Silva explained. “He&rsquo;s been a mentor, I&rsquo;m ready. I live in mission and I like what&rsquo;s going on in the city, the leadership and am excited to move forward with it.&rdquo;

Silva said he&rsquo;s been informally aware of the transition for about a month. While he will miss his co-worker, Silva said he has ideas for the EDC.

“We&rsquo;ve done a lot of tech related endeavors and I want to continue doing that,&rdquo; Silva said. “We see technology being incorporated into every industry, so I want to create more opportunities for residents in the city to have the ability to learn new skills. I want to prepare them for when we bring in new companies into our industrial park to ensure we have individuals with the adequate skills for it with an entrepreneurial mindset that can be hired by them.&rdquo;

Mission City Manager Martin Garza praised both Meade and Silva at the meeting.

“Alex did an excellent job representing the city and growing our economic development and upgrading our workforce, but Daniel is the one who has been closely working with him through all of this,&rdquo; Garza said. “With Daniel taking over, it ensures a smooth transition that means we&rsquo;ll continue to move forward.&rdquo;