The city of Alton celebrated its community and the start of the Christmas season with their first official tree lighting ceremony.

Held Tuesday in front of the Alton Recreation Center, the city invited the community to attend the lighting of the Mayor’s Christmas Tree, a 26-foot tall Christmas tree decorated with 3,000 lights, according to Samuel Mercado, the city’s recreational director. 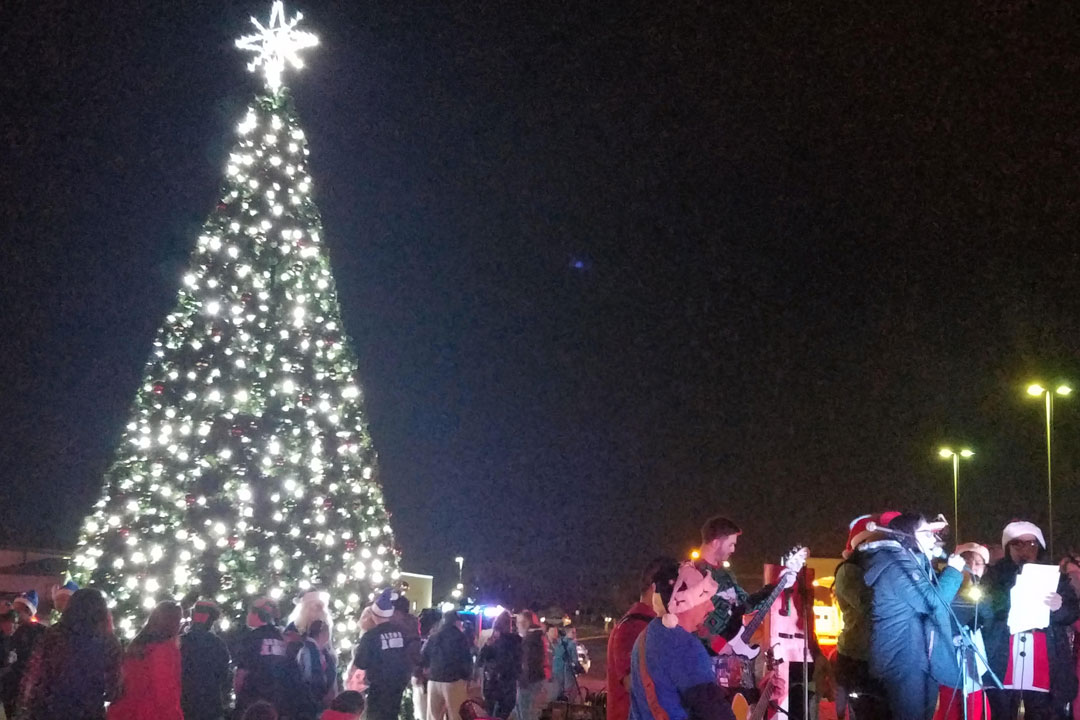 “We want for people to experience joy and good fellowship and to enjoy the Christmas season,” Mercado said. “We’ve never done the lighting of the Mayor’s Christmas Tree so this is the first celebration of its kind here. It’s for the community to celebrate the growth we’ve been experiencing in Alton and their involvement in the city. The community deserves it.”

In the past year, Alton opened a branch of Lone Star National Bank and a Stars Drive-In, which created more job opportunities in the city.

They also opened a digital library-housed inside Mission Collegiate High School- last January that will be used as a pilot program until the city gets its own library along with the Alton Regional Training Center. The center houses local organizations such as the non-profit La Union del Pueblo Entero and will be a place for firefighters from the city and other departments to receive more training.

The city also has plans to expand the Josefa Garcia Memorial Park from 5 to 55 acres and open an urgent care center in the city as part of a partnership with Doctors Hospital at Renaissance.

Despite the tree lighting ceremony, which the neighboring bigger cities like McAllen, Mission and Palmview regularly hosts, Mercado said the ceremony does not mean the city is comparing itself to those bigger cities.

“We’re doing really well with the economic development of the city, the population is growing but we are not joining the big leagues. We’re still a small city.,”
Mercado said. “We’re not doing this for show, we’re genuinely doing this for the people who regularly come to our events and enjoy our activities.”

Mercado added that the tree lighting ceremony doubles as a teaser for the city’s annual Christmas Parade and Festival.

The event, set for Saturday, Dec. 8, starts with a parade at 11 a.m. that will begin from Cantu Elementary School and end at the Alton City Hall.

A Christmas Festival will then begin in the Alton Recreation Center at 5 p.m.

“Last year we had a few lights but no tree, today it’s so much more organized,” Vela said. “Maybe next year we can make it even bigger.”