No, those aren’t Christmas lights, that’s just Landry Gilpin lighting up another scoreboard.

The Mission Veterans senior quarterback and the Patriots are rolling as winners of 12 straight games and are fresh off advancing to the 4th round of the state playoffs, just the third Valley team to do so since 1990. 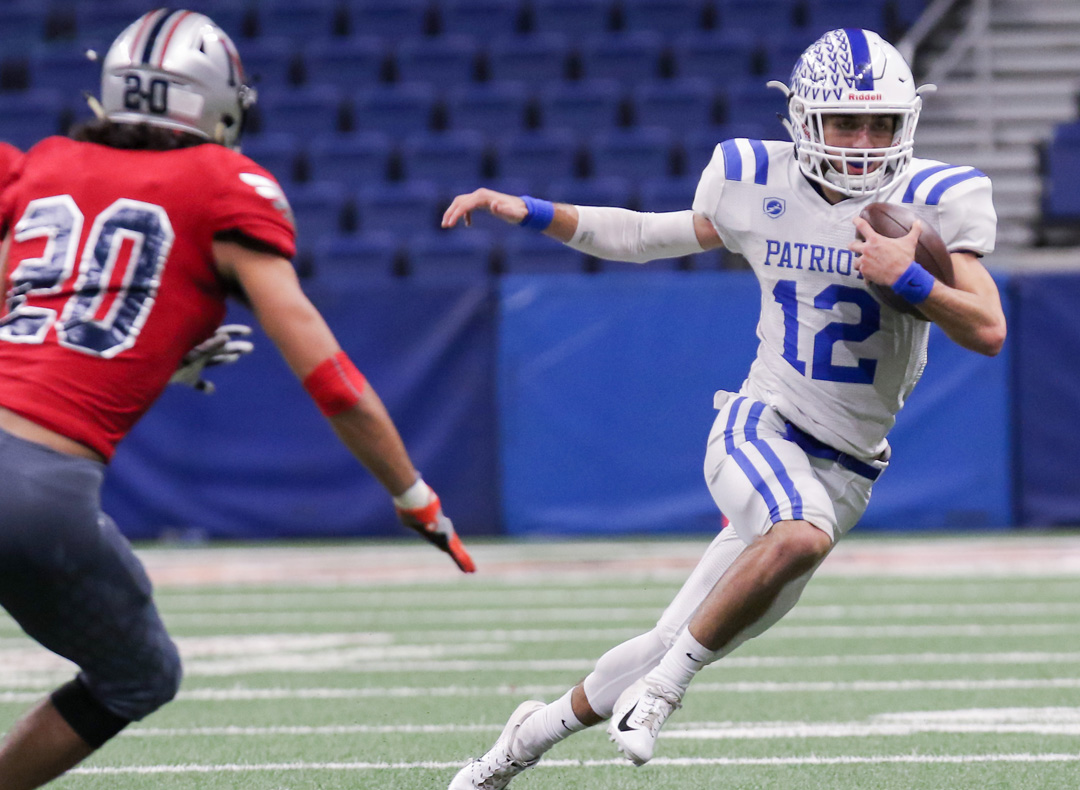 Their 62-55 win over Corpus Christi Veterans Memorial in the Alamodome last weekend was a record breaking performance for the Patriots, marking the first time the Patriots have advanced to the 4th round and a number of individual records for the gunslinger.

Landry racked up 704 total yards and seven total touchdowns in the Patriots’ third round win over the C.C. Vets Eagles. His 439 passing yards broke a 10-year old UIL Class 5A record, as did his 46 attempts. The Mission Veterans quarterback now leads the entire nation in total yards with 6,391.

Two years ago, Mission Veterans Head Coach David Gilpin told me to watch out for Landry because he was going to be special. Fast-forward to today and Landry Gilpin is one of the best quarterbacks in the nation.

“That kid’s special,” said Coach Gilpin. “That’s one of the most impressive performances in a third round game, for a ‘Valley weak’ school, that ain’t supposed to be playing with Victoria East, Judson Veterans Memorial, C.C. Vets, we’re not supposed to be able to play with them, but number 12 is a special kid. I’ve been coaching 29 years, he’s one of the top five players, if not higher.”

While excited to receive the accolades and attention that come with his incredible senior season, Landry Gilpin knows that none of his success would be possible without his teammates.

“I wish they knew how beneficial it is to have a team like I do,” he said. “They allow me to do a lot of things not a lot of quarterbacks get to do, and I appreciate all the eyes on me, but it wouldn’t be possible without my teammates.”

“We talk about Lupe and Koy in reverence, as we should,” Coach Gilpin said. “Those guys were outstanding quarterbacks from our city. Well, shoot, Landry Gilpin is right there with them. This playoff run, his stats, what he’s done over his career, I just hope that he’s given the same due respect as those guys, those guys are hall of famers.”

Landry Gilpin and the Mission Veterans Patriots will have the chance to make more history as they take on San Antonio Wagner in the Regional Championship at 10 a.m. on Saturday, Dec. 8 at the Alamodome.