Deputies booked Pedro Cruz, 31, of Pharr at the Hidalgo County jail — where he once worked as a detention officer — on Nov. 20. 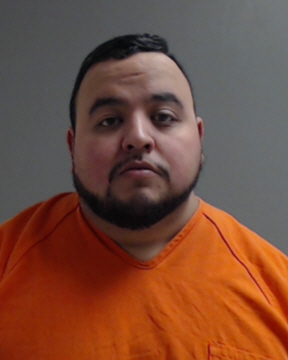 Cruz apparently started running game rooms after the Hidalgo County Sheriff’s Office fired him in February 2016 for sleeping on duty.

“I know he’s been arrested,” said attorney Emerson Arellano, who represents Cruz. “I don’t have any of the allegations or details.”

Before investigators caught him running game rooms, Cruz had a lackluster career in law enforcement.

Cruz managed a Speedy Stop convenience store before joining the Cameron County Sheriff’s Office in March 2007, according to personnel records. He also accepted a part-time job with the South Padre Island Police Department.

After four years at the Cameron County jail, Cruz landed a full-time position with the Weslaco Police Department in April 2012. The job paid $18.36 per hour.

On May 12, 2012, a state trooper arrested Cruz on suspicion of driving while intoxicated. Weslaco fired him three days later.

Cruz found new a job with Chevron in Louisiana, but the arrest didn’t keep him away from law enforcement for long.

With the arrest behind him, Cruz joined the Hidalgo County Sheriff’s Office during the final months of Sheriff Lupe Treviño’s administration.

He quickly developed a bad reputation.

Supervisors disciplined Cruz for tardiness, skipping work and falling asleep on the job.

“You were seen sleeping on duty by other officers and on video, yet denied that you were asleep,” according to records from an Internal Affairs investigation, which concluded Cruz wasn’t honest about what happened.

The Hidalgo County Sheriff’s Office fired Cruz in February 2016. It also revoked his commission as a reserve deputy.

Whether or not Cruz is still involved with the company remains unclear. J&M Guardians couldn’t be reached for comment at the phone number listed on Texas Health and Human Services Commission records. The company recently filed paperwork to remove Cruz as the registered agent.

At some point, though, Cruz became involved with eight-liner establishments.

“We came across some information that an individual believed to be employed by the Sheriff’s Office was shaking down some of these establishments and offering protection,” said Hidalgo County Sheriff Eddie Guerra.

The Hidalgo County Sheriff’s Office investigated the rumors and identified Cruz as the person responsible.

In January, the Hidalgo County Sheriff’s Office raided a game room on the 1400 block of North Cesar Chavez Road near Alamo.

The property owner said a man named “Pedro,” who identified himself as a sheriff’s deputy, rented the warehouse under another name.

Investigators concluded “Pedro” was actually Pedro Cruz, the former jailer. They asked a judge for permission to search Cruz’s home.

Along with a badge and a Hidalgo County Sheriff’s Office identification card, investigators found uniforms from every law enforcement job Cruz had worked, according to an intelligence report prepared for the Texas Public Safety Commission. They also found $21,800.

In May, the Hidalgo County Sheriff’s Office posted a photo of Cruz on Facebook as part of “Wanted Wednesday.”

The post announced that investigators had charged him with impersonating a public servant, a third-degree felony.

“Why am I not surprised,” a former coworker commented. Another quipped: “I thought I recognize him! Lol.”

In October, when investigators raided a game room on the 3100 block of West 5 Mile Line near Mission, they spotted Cruz driving away. Two people arrested during the raid identified him as the manager.

Investigators arrested Cruz again on Nov. 20 and slapped him with new gambling charges. He’s scheduled for a court hearing in January.