The man who claimed to be Marc Anthony’s cousin arrived at Xoticas a VIP. He left in handcuffs.

Anthony Soto didn’t actually know the Puerto Rican pop star. The so-called bodyguard who accompanied him to Xoticas, the strip club on U.S. 281, actually worked for the McAllen Police Department. And when the nearly $12,000 tab arrived on Nov. 7, he couldn’t pay. 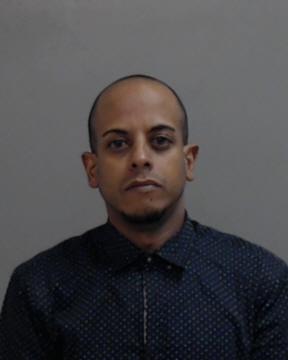 “What I will tell you is that Marc Anthony was not there with us,” said Soto, who called the Progress Times from the Hidalgo County jail.

“He’s a con artist,” said Sgt. Inv. Andrew Maldonado of the Willacy County Sheriff’s Office. “He goes and takes advantage of situations like this.”

When, exactly, Soto arrived in the Rio Grande Valley remains a mystery.

Soto and his wife surfaced in Sebastian, a small town on I-69 between Raymondville and Harlingen, during February.

They started living with a Willacy County woman who treated Soto like family.

“She took them in to give them a place to live,” Maldonado said.

The woman allowed Soto to borrow her debit card when he ran errands. Unbeknownst to her, Soto started withdrawing cash at ATMs.

He siphoned nearly $1,200 from her account in March and April, according to court records. She filed a report with the Sheriff’s Office.

“It appears that he was taking out the money to make a getaway,” Maldonado said.

Soto admitted withdrawing the money but claimed the woman authorized the transactions. Maldonado arrested him on eight counts of credit or debit card abuse, a state jail felony.

When he arrived at the Willacy County jail, Soto had dental problems.

“His face was swollen,” Maldonado said. “He was in bad shape.”

“He was my bodyguard when I was out here,” Soto said.
They went to Xoticas, the strip club near the intersection of U.S. 281 and East Nolana Loop, at 6 p.m. on Nov. 6 — four days before Marc Anthony’s widely publicized concert at the Bert Ogden Arena.

Soto told the manager that “they were going to need the upstairs area shut down because Marc Anthony, his cousin, was going to show up,” according to Pharr Municipal Court records.

Marc Anthony never arrived. Soto, however, returned with a small entourage. They bought drinks for the dancers and partied until 1:30 a.m., when the manager asked Soto to pay.

He couldn’t cover the nearly $12,000 tab. Officers arrested Soto on suspicion of theft of service, a state jail felony.

When they booked Soto at the city jail, he had just $2, according to Pharr Police Department records. He also had three debit cards, including a prepaid card from CSL Plasma.

Soto said he refused to pay the bill, which he described as ridiculous, after a dispute with the manager. She didn’t respond to requests for comment.

Investigators with the Texas Alcoholic Beverage Commission interviewed him, Soto said. They wanted to know more about what happened.

TABC Lt. Mario Villarreal, though, said he couldn’t find any record of the interview.

“We have no record of any interaction with him at all,” Villarreal said.

Guerra, a probationary officer, resigned from the McAllen Police Department on Nov. 8 for “personal reasons,” according to city records. He declined to comment.

Asked repeatedly, Soto refused to say whether or not he’s really related to Marc Anthony.

“Well, that information, I’m not going to give it to you,” Soto said, adding that he would explain everything later.