Two fatal wrecks in Hidalgo County during the past two weeks focused attention on the deadly consequences of drunken driving.

On Dec. 9, a motorist struck and killed a Hidalgo County Sheriff’s Office dispatcher on her way to work. Just seven days later, another motorist hit an ambulance head-on — killing a patient and an emergency medical technician. 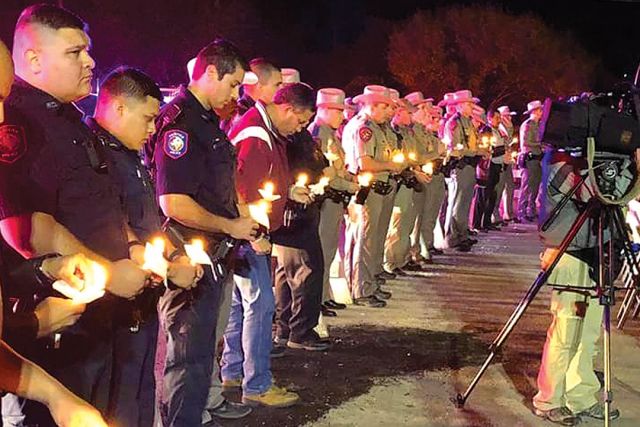 Investigators believe both motorists were intoxicated.

The Dec. 9 crash killed 29-year-old Communications Officer Sandra Coronado, who dispatched emergency calls for the sheriff’s office. She died on her way to work.

“We are devastated with the loss of another innocent life because of the reckless and careless decision of an individual to drive while intoxicated,” according to a statement released by the sheriff’s office.

While both wrecks made headlines, prosecutors and Mothers Against Drunk Driving believe they’re symptoms of a bigger problem: a culture where drunken driving is normal.

Many people drink alcohol and drive home without thinking twice, Verley said, adding that anyone who plans to drink should stay home or arrange a ride.

“People don’t think it’s going to happen to them,” Verley said. “People think they can handle it because they’ve done it lots of times.”

Officers book thousands of people at the Hidalgo County jail every year on drunken driving charges.

From 2010 to 2015, drunken driving charges accounted for 22,500 bookings at the Hidalgo County jail, according to sheriff’s office records.

Driving while intoxicated is a Class B misdemeanor punishable by a maximum of 180 days in jail and a fine not to exceed $2,000. The punishment escalates with each subsequent arrest.

“And we can’t stress enough,” Verley said: “That if you’re going to be drinking, you shouldn’t be driving.”