In celebration of the holidays season, the city of Palmhurst held two Christmas-themed events at their municipal park earlier this month. 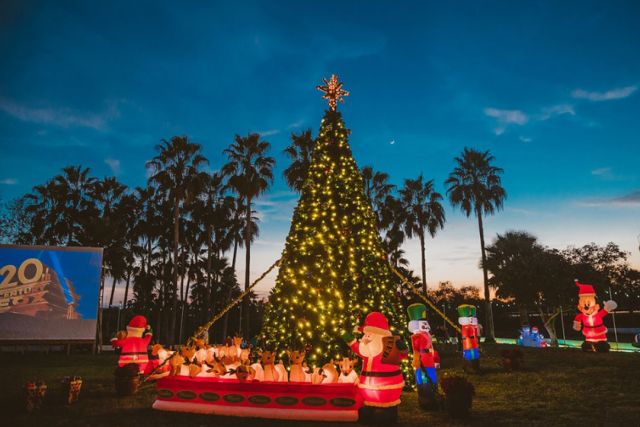 “It’s an event we’d like to do annually to let the community know we’re here and they can have fun,” Vela said. “McAllen and every city has their own Christmas celebration and we wanted our city to also join in on that. This event is ours and the community can join in.”

Attendees at the event enjoyed a screening of the movie “Elf” and food from several vendors and a performance from students at the Crescendo Music Institute.

Vela said that when the city had their earlier “Christmas in the Park,” he was worried about a possible lack of attendance due to it being accidentally scheduled during the same time as the city of McAllen’s Holiday Parade.

100 families still showed up to the park that day, the same amount that arrived at Saturday’s event, Vela said.

“It’s something much more low key and family friendly than most events from bigger cities and we want to keep doing these events,” Vela said. “We’d like to continue having more community events like this. It gets kind of hard due to a lack of space in the city but when it happens it’s beautiful.”

Other year-long events the city holds are the National Night Out every fall that brings hundreds of attendees and their Blue Santa giveaway, where Santa drops off toys to the 750 students at Hurla M. Midkiff Elementary School before they leave for the holidays.