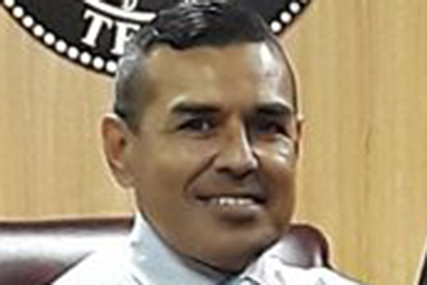 “I think that Oscar did the right thing,” said attorney Rick Salinas, who represents De La Cruz. “It’s a simple question: ‘Did you do this?’ He did.”

“He knew these guys from way back when. That’s how some of this stuff started,” Salinas said, adding later: “It literally became a business. A side business.”

With charges pending against other defendants, both Lopez and Special Agent Michelle Lee, a spokeswoman for the FBI, declined to comment on the case.

In February 2010, members of Los Mickys robbed a stash house on the northeast side of Edinburg.

Police swarmed the area. Attempting to avoid arrest, a member of Los Mickys sped north on U.S. 281 southbound and struck another car head-on.

The crash killed three people, including a 13-year-old girl.

After the robbery, members of Los Mickys met at a ranch near Alton. They split about 2,000 pounds of marijuana and a large amount of cash, according to information the Texas Department of Public Safety provided to Edinburg police investigators.

Miguel Cerda, who confessed to participating in the robbery, said he received about 60 pounds of marijuana and $1,500, according to Edinburg Police Department records. He pleaded guilty to burglary of habitation, a second-degree felony.

In June 2017, members of Los Mickys held a McAllen family at gunpoint and ransacked their home, according to court records. When they didn’t find any drugs, the gunmen demanded money and fled.

They apparently had the wrong address.

They said Los Mickys originally worked for the Gulf Cartel, according to court records. When the Gulf Cartel splintered, forming rival factions, Los Mickys became a rip crew and started stealing from other smugglers.

How, exactly, De La Cruz became involved with Los Mickys remains unclear. Court records don’t indicate whether he dealt with them directly or through an intermediary.

He provided drug traffickers with arrest warrants, criminal complaints and jail booking records, among other documents, said Lopez, the prosecutor who handled the plea hearing Friday. The documents allowed drug traffickers to verify arrests and determine whether or not defendants were cooperating with prosecutors.

He conducted more than 1,000 searches on PACER, a computer system that makes federal court records available to the public.

PACER, an acronym for Public Access to Court Electronic Records, is available to anyone with an internet connection. Search results and court documents cost 10 cent per page.

In exchange for pleading guilty to the drug conspiracy charge, prosecutors will recommend dismissal of another charge related to forging the search warrants.

“As serious as the charge sounds, my argument to the judge is that he’s a nominal player compared to everyone else on that list,” Salinas said, referring to the indictment.