Following the announcement of his retirement, former Mission City Manager Martin Garza, Jr. is looking forward to spending more time with his family after over 26 years in public service.

Garza was honored at the Mission Event Center on Dec. 20 for his dedication and career with the city of Mission. At the city council meeting held earlier that week, the 20th was also proclaimed Martin Garza, Jr. Day. 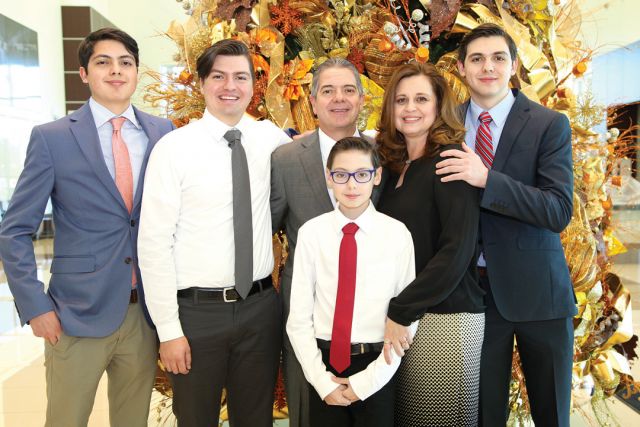 “He would always go above and beyond to address a citizen&rsquo;s concern,&rdquo; Perez said. “Everyone is very appreciative of him taking the time personally to attend to them, and he always had a lobby full of people, because they knew that he would find a solution to their pressing issue.&rdquo;

Martinez, who met Garza in high school, spoke about their first meeting when they played tennis together and their subsequent reunions over the years. He hopes Garza will relax, spend time with his family and “put away his hair gel.&rdquo;

“Leadership at times takes its toll, it can be stressful,&rdquo; Martinez said. “Not everyone is going to like you. I appreciate how he [Garza] handled himself all those years.&rdquo;

Former City Manager Julio Cerda, who served before Garza took over the position, spoke about the work of the city manager and what they do for those they serve.

“I saw Martin as the person that basically was the best person that could be picked for the position as city manager,&rdquo; Cerda added, speaking about how growth was what he looked for the most when choosing someone to take his place. “It was an honor to know at the point that I was leaving the city of Mission to open my own firm, to know the person that I wanted for that position. Without hesitation, Martin said ‘yes.&rsquo;&rdquo;

Garza served Mission in several capacities, including a patrolman, detective, Corporal, Sergeant, Lieutenant, Assistant Chief and the Chief of Police for the Mission Police Department. In 2013, he was named the Interim City Manager before taking on the role as the City Manager for Mission six months later.

“It&rsquo;s just been a wonderful ride, a dream come true,&rdquo; Garza said. “Public service is just the greatest profession out there, there&rsquo;s nothing like it.&rdquo;

Garza, who noted that there were several public servants in attendance that day, said that their work is a calling.

“I&rsquo;ve been so blessed to be able to surround myself with good people like the people that are in this room,&rdquo; Garza said. “It&rsquo;s you all, really, that have made my profession the career that it has been.&rdquo;

Members of Garza&rsquo;s family, including his wife Isabel, their four sons and his father, were present at the event as well. Garza said he was glad for all the time he will be able to spend with them in retirement.

“I know I&rsquo;ve missed a lot of nice events and important events,&rdquo; Garza said. “But they understood the sacrifices one takes when we are public servants.&rdquo;

“I want to thank my family for that,&rdquo; Garza said. “It&rsquo;s been a great honor, it&rsquo;s been really humbling to be in front of you and receive this.&rdquo;