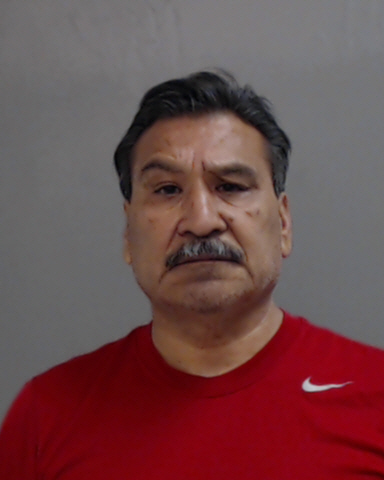 When he refused, Hidalgo sent Espinoza a termination letter.

“In the best interest of the city we have decided to terminate the chief’s contract,” said Mayor Sergio Coronado.

Hidalgo suspended Espinoza on Oct. 16, when the city started investigating “allegations of inappropriate workplace conduct and potential conflict of interests,” according to a memo placed in Espinoza’s personnel file.

On Dec. 26, the Sheriff’s Office responded to a 911 call from Espinoza’s girlfriend.

She said Espinoza grabbed her by the neck and pinned her against a wall, according to the criminal complaint against him.

Espinoza denied the allegations and accused the Sheriff’s Office of twisting the facts. Espinoza also released an affidavit signed by his girlfriend, Arlene Hernandez, which stated the criminal complaint didn’t accurately reflect what happened between them.

Concerned about the arrest, the City Council authorized the city manager and city attorney to terminate Espinoza.

“We have a responsibility to protect the integrity of our community,” Coronado said.

Just like anyone else accused of a crime, Espinoza deserves the presumption of innocence, Garcia said.

“Anybody can get arrested,” Garcia said. “The issue here is: Is he guilty?”

Espinoza did everything possible to refute the allegations, Garcia said, adding that the affidavit raises serious questions about the criminal complaint.

The termination letter doesn’t mention the “allegations of inappropriate workplace conduct and potential conflict of interests” that prompted Hidalgo to suspend Espinoza during October.

“We were still investigating,” Coronado said. “It was something that we had not finished.”

Espinoza started at the Edinburg Police Department in December 1980, according to Texas Commission on Law Enforcement records. After stints at the McAllen Police Department and the Hidalgo County District Attorney’s Office, he joined the Sheriff’s Office.

Hidalgo hired Espinoza away from the Sheriff’s Office in October 2012. He became the police chief, responsible for more than 30 employees, and worked closely with City Hall on special events.

With the exception of a ticket-fixing scandal and an accident where Espinoza apparently shot himself in the leg, he kept a low profile in Hidalgo.

Garcia said he didn’t think arrest constituted a valid reason for termination. Espinoza may file a lawsuit against Hidalgo for wrongful termination or breach of contract.

“So I guess we’ll have the court make a determination on who’s right and who’s wrong,” Garcia said. “We believe we’re right.”