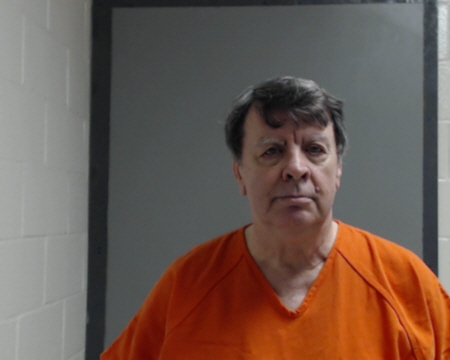 During the past 30 years, Grissom handled hundreds of cases in Hidalgo County. He’s perhaps best known, though, for representing people wronged by the Panama Unit and former Sheriff Lupe Treviño.

Federal agents arrested members of the Panama Unit in November 2012. Related cases sent Sheriff Treviño, his chief of staff and a commander to prison.

He represented at least four people with claims against the Panama Unit and more than a dozen deputies who accused Sheriff Treviño of retaliating against them for political reasons.

With a few exceptions, however, the cases flopped.

“I have lost confidence in your ability to pursue this case on my behalf,” Vela wrote to Grissom, according to a copy of the letter filed in state district court.

Ten months later, when Vela accepted a $50,000 settlement from the county, Grissom filed a lawsuit, claiming Vela owed him 40 percent of the money.

That prompted a messy back-and-forth over the settlement.
Despite clear instructions from a federal judge, Grissom attempted to stop Hidalgo County from making the settlement payment. Grissom wanted the money set aside until he resolved the dispute with Vela.

“Once you’ve been fired in that way, you typically don’t sue,” said attorney Javier Peña, who represented Vela, adding later: “Especially when it’s all been laid out on the record in front of a federal judge.”

Grissom also filed a lawsuit on behalf of Elizabeth Moore, who claimed that members of the Panama Unit kicked down her door and arrested her without probable cause.

“It is unfortunate for the Plaintiff that her lawyer did not take the time to respond to the instant motions. The Court cannot say whether her claims would still have been dismissed, but the fact that the Court has been given nothing to consider in response to Defendants’ motions is an egregious error on the part of Plaintiff’s attorney,”
Alvarez wrote. “The Court believes Plaintiff has suffered a great disservice at the hands of her attorney.”

Grissom also had problems with the State Bar of Texas. Disciplinary records show at least two public reprimands and three judgments against him.

As a result of the judgments, Grissom sent a letter to the Hidalgo County probate court in August 2017, notifying the judge that he couldn’t practice law until March 31, 2019.

The criminal charges against Grissom — three felonies and two misdemeanors — resulted from an incident in January 2015.

Grissom accepted $2,500 from a woman who wanted to file a lawsuit, according to court records. Seven months later, Grissom told the woman she won a $19,000 default judgment.

When the woman requested a certified copy of the judgment, however, county clerks couldn’t find the case.

The Sheriff’s Office determined that Grissom never actually filed the lawsuit and forged the judgment.

They dropped the felony charges after Grissom paid about $2,500 in restitution, which apparently prompted the woman to file an affidavit of non-prosecution. Rodriguez, the district attorney, said he anticipates prosecutors will file motions to dismiss the misdemeanor charges too.

Grissom surrendered his law license as part of the agreement.

“We have no problem prosecuting any of these cases going forward if any lawyer attempts to do this to any of their clients,” Rodriguez said.