After attempting to keep City Manager Alex Meade’s salary a secret, Pharr announced Wednesday that “in the interest of continuing its commitment to transparency” the city would release the information. 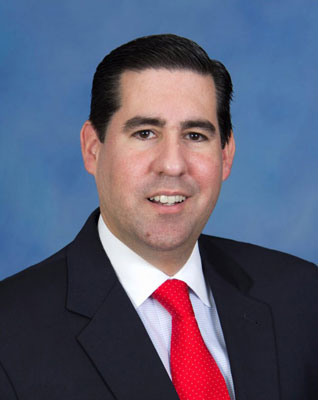 When the Progress Times requested Meade’s contract and personnel records — which included his salary — Pharr refused to release the documents and asked the Texas Attorney General’s Office for a decision.

The Progress Times published a news story about the situation on Monday. Less than 48 hours later, Pharr reversed course.

“In this case, the city believed it to be in its best interest to try to protect its investment in talent and the potential economic growth that Meade’s experience would bring to Pharr,” according to a news release from the city. “In an effort to keep that information private, the City of Pharr, relying on the Texas Supreme Court’s ruling in Boeing vs. Paxton, sought an Attorney General Opinion allowing withholding of the new city manager’s salary information.”

The Texas Public Information Act includes an exception for “information that, if released, would give advantage to a competitor or bidder.”

A controversial Texas Supreme Court decision called Boeing v. Paxton effectively broadened that exception, concluding the exception covered information that would provide “an advantage, not whether it would be a decisive advantage.”

Pharr competes with other cities to attract and retain talented employees, according to the city’s letter to the Attorney General’s Office, which added that making the salary information public would place Pharr at a competitive disadvantage.

“However, in the interest of continuing its commitment to transparency, Mayor Hernandez decided this week to release all information related to Meade’s employment and salary to the public,” according to the news release, which referenced Pharr Mayor Ambrosio “Amos” Hernandez. “Set at $250,000 base annually, plus $7,200 annual car allowance, the new city manager’s salary is comparable to what surrounding Valley cities of equal size are paying their respective city managers. Meade’s contract also provides for standard employee benefits and a severance if he were to be terminated without cause.”

The news release also announced that Pharr had withdrawn the request for decision submitted to the Attorney General’s Office.