This story was originally published in the Friday, Dec. 4, 2019 issue

A body was pulled from a detention pond in Alton on Christmas Day, making it the second such discovery in Alton in the last three months.

Alton police were called to the 600 block of North Mexico Street where they found a man in a nearby detention pond. The man was later identified as McAllen resident Eustacio Christian Mireles, 25, who was reported missing last November. 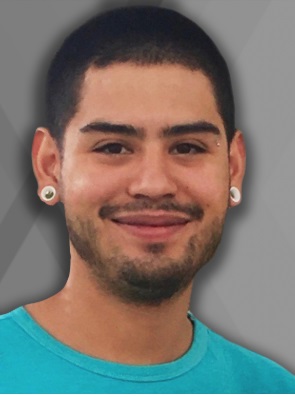 Mireles was reported missing Nov. 17 and was last seen around the 200 Block of 39th Street in McAllen, according to a news release from the city which also said there was concern for his well-being.

“There was concern from Mireles’ family because they hadn’t heard from him,” Flores said, adding that investigators with Alton PD got together with McAllen police investigators to learn more background on Mireles. “It was unlike his family to not hear from him and they became concerned.”

Flores could not say whether or not Mireles had friends and family near where he was found or how long he was in the water for, adding that investigators are still waiting for toxicology results for Mireles.

When asked if Mireles had a criminal record of any kind, Flores said “McAllen PD had interactions with Mr. Mireles in the past” and declined to clarify.

A request for comment from the McAllen PD was unreturned as of press time.

This marks the second such incident in the city of Alton in the past year.

Last August, divers with the Mission Police Department pulled the body of Elias Barajas, 18, of Mission in a detention pond about half a mile north of the pond where Mireles was found.

Flores said the investigation on Barajas ruled that his death was accidental and the result of Barajas and a friend fleeing the scene of an attempted break-in that occurred the night before Barajas disappeared.

“Officers responded to a call of someone attempting to break into a vehicle near that area and when police arrived, the man who called police said he spooked the two individuals and they ran to the vicinity of the lake,” Flores said. “Our investigation led to that conclusion that Barajas was one of those individuals. The forensic pathologist declared it an accidental drowning and through the course of our investigation we agreed with those findings.”

Flores said that he and the city are in discussions of looking into adding more safety measures for these ponds, something Flores said is routine for incidents like this.

The pond Barajas was found in was fenced off, Flores said, adding that there’s no easy access to go in there and that Barajas would’ve had to climb the fence to arrive at the pond with a depth of 25 feet.

The pond where Mireles was found in, meanwhile, isn’t covered in fencing but its location is well known and is surrounded by street lights, Flores said.

“It’s not hidden by any means,” he said. “But every time something like this happens we look and see if there’s anything that needs to be done to aid in the safety of the community. Aside from these two incidents, this is a rare occurrence. This is not something that usually happens.”