State District Judge Romeo Flores may decide Monday whether or not Palmview must hold a new mayoral election. 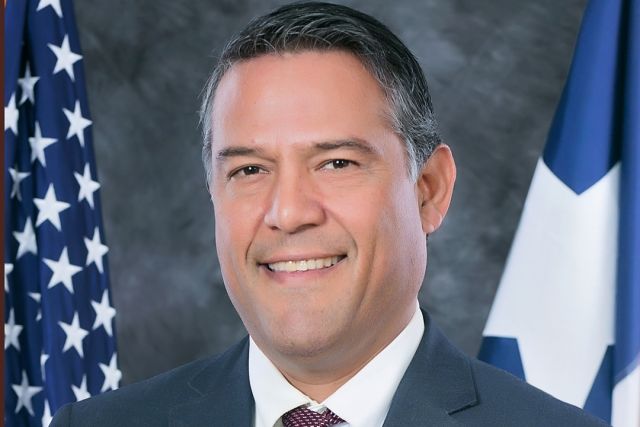 The case pits Villarreal, an assistant superintendent at the La Joya Independent School District who served two terms on the City Council, against Palmview.

He ran unopposed for mayor in November.

The ballot, though, listed Villarreal with candidates elected by default. As a result, he didn’t receive a single vote.

After reviewing the situation, the Texas Secretary of State’s Office advised Palmview to hold a new election.

The city, however, had already canvassed the results, declared Villarreal the winner and held a swearing-in ceremony.

While the mayor, Villarreal remained on shaky legal ground.

“Regardless of what course of action you pursue to remedy the situation, there is a question as to the validity of your de facto mayor’s ability to currently occupy the office,” Worrell Adkins wrote.

Villarreal filed a lawsuit against Palmview on Dec. 14, which blocked the City Council from calling a special election.

That left Palmview in limbo.

In an attempt to resolve the situation as quickly as possible, attorneys for Villarreal and the city filed a joint stipulation of facts.

The stipulation essentially resolved all questions of fact and asked the judge to determine whether or not Palmview must hold a new election.

Palmview and Villarreal agreed to abide by the judge’s decision without any appeals. Villarreal also agreed not to request or accept any monetary damages.

“The only candidate that filed, that was placed on one section of the ballot, was the plaintiff, Mr. Ricardo Villarreal,” Rodriguez said.

Advice from the Secretary of State’s Office isn’t binding, Rodriguez said, adding that Palmview must follow the city charter.

The city charter states that a vacancy occurs when the mayor dies, resigns, forfeits the office or is removed from office. None of those things happened, Rodriguez said, adding that Villarreal remains the mayor.

“The parties have agreed to expedite this process to remove that cloud on the mayor of Palmview,” Rodriguez said.

Eric Flores said the city wants to resolve the situation quickly and with minimal cost to taxpayers.

“This decision, whatever the judge decides, it will absolve Palmview of that controversy,” Eric Flores said. “And I truly believe that it will definitely jump-start progress in Palmview.”

Judge Flores said he may hand down a decision as soon as Monday.