With more than two months with a new fire chief, the city of La Joya is celebrating his accomplishments.

Frankie Joe Salinas was hired by the city last October, nearly one month after former Fire Chief Leroy Salinas resigned-along with the rest of the city’s volunteer firefighters. 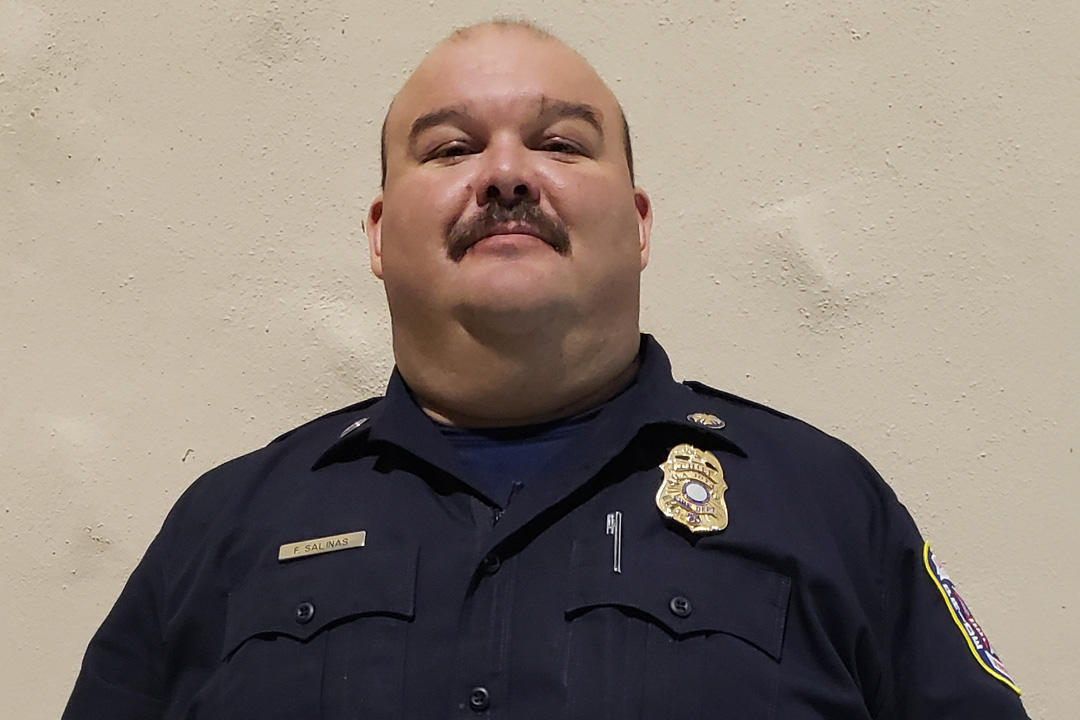 At the Tuesday, Jan. 8 city council meeting, the new Chief Salinas reported to the council that his fire department now has 12 volunteer firefighters, much to the visible delight of the council.

“We are very lucky to have him,” La Joya Mayor Jose “Fito” Salinas said. “We have never had a fire chief like him as far as I can recall. The volunteer firefighters talk highly of him, he’s very organized and cares for the community.”

Chief Frankie Salinas was essentially hired to completely restructure the fire department, a task he said he took to heart.

“It was definitely a challenge at the start since one of my main objectives was to recruit volunteers,” Chief Salinas said. “Within a month we got some local people to utilize the opportunity to be a volunteer firefighter in the city of La Joya.”

As a volunteer with the city fire department, Chief Salinas receives a monthly stipend of $600, less than half of the $1,250 his predecessor received.

Frankie Salinas, who is also employed with the Edinburg Fire Department, has nearly two decades of experience as a firefighter, he said. With this, he said he was able to relate with volunteer firefighters.

“A lot of people don’t want to volunteer, they want to get paid for their voluntary service,” Chief Salinas said. “To recruit, I talked to every individual. I used myself as an example and talked about how for 17 years, I volunteered for the city of Edinburg. I now work for them, but my career was shaped as a volunteer. There are benefits to it.”

Chief Salinas puts in 60 hours a week in the La Joya Fire Department. The hours he says are on the days he has off from his regular day job in Edinburg. That kind of sacrifice, he said, comes with the job.

“This is what being a volunteer firefighter is, putting aside yourself for your community,” the fire chief explained. “I was here because the city was left unprotected and knew this was my calling. The 12 volunteers we have are an eager group aged from 23 through 45 and they’re very responsive to being here.”

The 12 recruits are on call at all times and communicate through the WhatsApp mobile messenger app, Chief Salinas said. They respond to at least five calls a day, most of which are people requesting medical assistance, Salinas said.

Since his hiring, Salinas informed the council that he successfully purchased two new air packs for their firefighters through the urban county program, increasing the total amount of air tanks in the department to seven.

Chief Salinas requested the city look into purchasing firefighting foam, a foam used for fire suppression that he says can cut the time to fight fires by 10 minutes.

Chief Salinas spoke of the support he received from the city, who provided him with a 2009 Chevy Tahoe that he customized as a fire chief/first response vehicle complete with medical equipment for around $5,500.

“We need to be more visible,” Chief Salinas said of the vehicle. “We also need to implement a fire district safety plan. Getting the volunteers ready, that’s the easy part. I come with 25 years of experience and I know the knowledge of what it takes to be a volunteer and how to stay safe at the scene. That’s why we need to implement stuff, to ensure the rest of the public is safe.”

“He’s doing a good job, I see a lot of enthusiasm and experience and knowledge here because of him,” Alaniz said. “I’m willing to take all the knowledge and experience he can give to our city to continue improving our fire department.”