On Saturday, Jan. 12, the district held the 2nd annual Joe Correa Future Farmers of America Prospect Show, a chance for the FFA community to honor him as they gear up for March’s upcoming Rio Grande Valley Livestock Show. 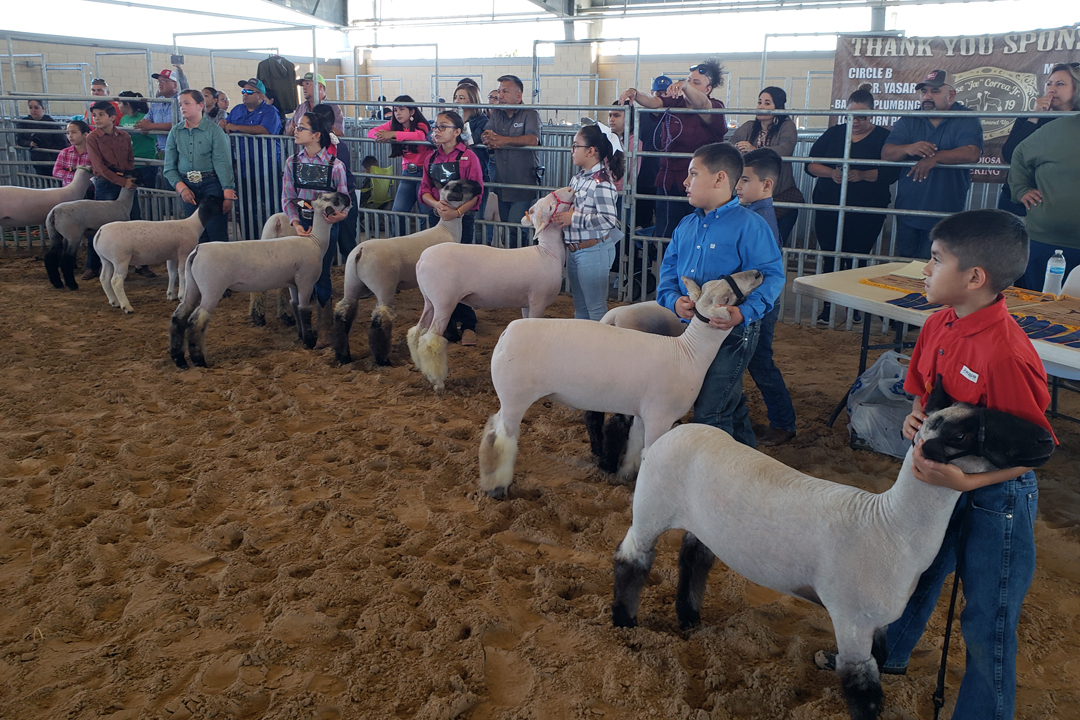 According to a March 2013 Progress Times article, Correa dedicated 32 years to the district before retiring in 1997. A Valley native born and raised in San Perlita, he earned his bachelor’s degree in agriculture from Texas A&I in Kingsville in 1958 and received his master’s degree in education from there in 1966 just before he came to the Mission school district. A sign created by students in the welding program has been standing at the entrance of the “Jose ‘Joe’ Correa, Jr. Agriculture Science Lab” at Kenneth White Junior High School ever since.

The Mission CISD campus hosted Saturday’s prospect show where 150 students from schools across the Valley and as far as San Antonio competed to showcase their sheep and goats.

According to Benito Garza, ag science teacher at Mission High School and advisor for the school’s FFA program, the show prepares the students for the same kind of challenges they’ll face at the annual livestock show.

“There’s two different kinds of competitions here, the showmanship show where the judges test a student’s ability to present their animals, and then the presentation of the animal itself,” Garza said. “It’s a good simulation of what they’ll face in March.”

As FFA members, Garza said that students go through several rigorous challenges that help students become more focused. This leads to them receiving many beneficial life skills, he said.

“As FFA members, they learn a lot of the different aspects in the world of ag,” Garza explained. “We introduce them to different careers, areas of interest and stress to them that FFA is not just about raising animals. There’s a lot of areas we introduce them to in livestock, leadership, communication skills and more.”

Adrian Benavidez, an Edinburg resident, also said FFA can be beneficial for its members. His wife, Claudia, was an FFA member when she was in school and now their daughters, Arianna, 9, and Carolina, 10, were both competing at the prospect show that day. They were showcasing their goats, Spirit and Lucky, respectively.

“Being in FFA teaches them a lot of life skills from responsibility, time management, public speaking, and how to take care of the animals,” Benavidez said of his children. “My wife did this so now all my kids are following her footsteps and have her as a guide.”

The prospect show ended with a cowboy and cowgirl showcase competitions for children too young to be in FFA, where the age requirement is 9 years old, as well as a prospect show for those who aged out of the program.
According to Garza, the prospect show is one that would’ve made his former ag teacher, Joe Correa, proud.

“I think he’d be proud the community is here supporting these students,” he said. “We have a bunch of individuals from all areas here expressing an interest in continuing to be involved in agriculture and FFA. He’d be extremely pleased.”