Politically speaking, the border wall has put the Rio Grande Valley, and Hidalgo County in particular, on the map. Not only has the fight over this highly controversial issue between President Trump and the Congressional Democrats resulted in a shutdown of the U.S. government that has now exceeded three weeks in duration, but it also resulted in Trump making a rather hastily planned visit to McAllen Thursday, Jan. 10.

Almost as soon as word of Trump’s plans to fly into McAllen and tour the McAllen Border Patrol offices and Anzalduas County Park in Mission were made public, activists on both sides of the border wall issue began to organize demonstrations meant to not only send Trump a message, but also to grab some of the national spotlight for their respective causes and/or organizations. 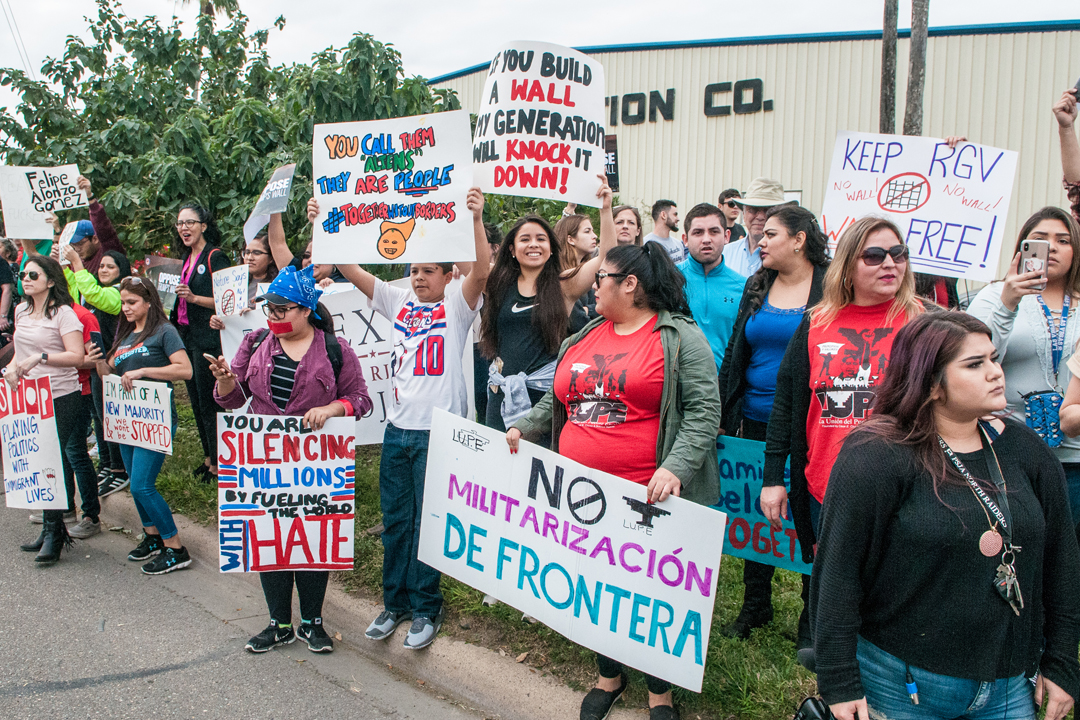 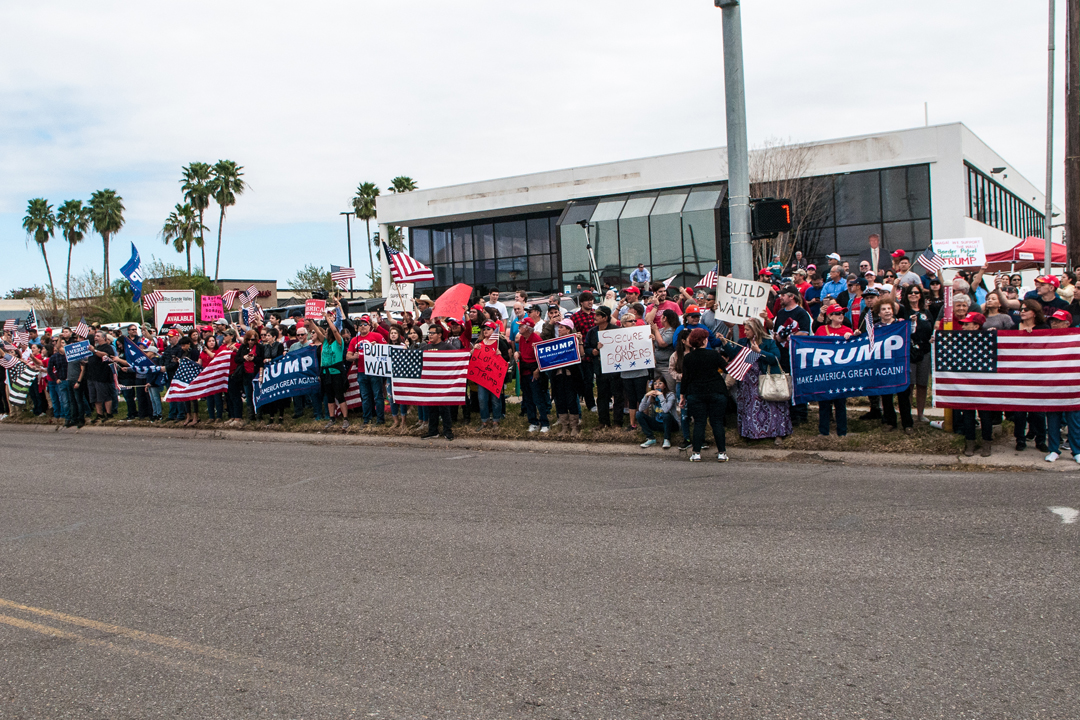 Organizations such as Latinos for Trump, the Carrizo/Comecrudo Tribe of Texas, Sierra Club of the Lower Rio Grande Valley and others.

With Trump’s flight having arrived at McCreery Aviation, located adjacent to the McAllen International Airport, the corner of South 10th Street and Wichita was ground zero for the demonstrators. The Trump supporters and pro-wall advocates were on the east side of 10th Street and the Trump protestors and anti-wall groups were on the west side. While there are no official counts of the number of demonstrators that showed up, it is believed that there were approximately 1,000 protesters and possibly 250 Trump supporters in attendance that day.

Scott Nicol, a volunteer with the Sierra Club’s borderlands team, was among the protestors in attendance last Thursday.

When asked what the Sierra Club has been doing to show opposition to the border wall even prior to Trump’s visit, Nicol said, “We’ve been doing the same thing we’ve been doing for 10 years basically and that is trying to make sure that everybody knows how environmentally destructive border walls will be. That they will tear through the National Butterfly Center, Bentsen-Rio Grande Valley State Park, the Lower Rio Grande Valley Wildlife Refuge, along with places like La Lomita, the Riverside Club, Chimney Park and even homes and family farms. We’ve been trying to get the word out because members of Congress from all over the country will ultimately decide whether or not there’s funding for border walls. If they put in 1.6 billion in the continuing resolution, that will wall off the entire Rio Grande Valley.”

Nicol went on to explain that a number of federal laws, most of which are environmental, have been waived in order to expedite the building of the wall.

“The Trump administration has waived nearly 40 federal laws, including the Endangered Species Act, the Farmland Policy Protection Act and the Native American Graves Protection Repatriation Act, so this wall can do far more damage than any normal project could because we don’t have all the protections these laws were enacted to provide. Other parts of the country still have these protections, but we in the Valley don’t.”

Latinos for Trump was one of the more vocal groups on the pro-Trump side of the street last Thursday. Jason Solis, Rio Grande Valley chairman for this organization, took a few minutes to share what it meant to him to have the President of the United States visit the Valley and to explain why he and the members of his organization are pro-Trump and pro-border wall when he said, “Having the President of the United States make a personal appearance here in the Rio Grande Valley is a huge honor. He’s the President of the United States and for him to highlight such an important issue and take the time from his agenda to make it a priority means a lot to us. People are starting to wake up to the ill notion and the false education of the Democratic Party. The Republican Party, specifically MAGA (Make America Great Again), is all about making sure we have good legal immigration, good policies that benefit everyone and giving every American family priority.”

When asked about the argument some are making about how the billions of dollars Trump wants to spend on the border wall would be better spent helping the people of the Rio Grande Valley, Solis said, “That is such an uneducated opinion. The facts are very simple. The facts are that when you speak to the RGV Border Patrol chief and his assistant, you will find extreme facts that say guess what, “We need personnel, technology and infrastructure.” You cannot leave out infrastructure, it’s got to be put in there.”

The Carrizo/Comecrudo Tribe of Texas was represented by several of its members on the anti-wall side. Juan Mancias, the tribal chair, shared his feelings about the fact that so many Valley residents showed up to protest Trump and the border wall.

“It’s good to see that everybody’s waking up a lot and standing up for the just causes that need to be set here. For us it’s about protecting Native American grave sites and about letting us practice our lifeways and traditions. But when he (Trump) waives the Native American Graves Protection and Repatriation Act, along with the American Indian Religious Freedom Act, what Homeland Security has done is to break another treaty. And that’s with all nations and not just a few nations here. And it also breaks a water rights treaty with Mexico because of what they’re doing with the river.”

“And of course we have this imaginary line that’s on the river and the river becomes the border and it wasn’t a border before that, and we have families on both sides of the river that were able to cross back and forth before it became a border,” Mancias added. “We even fought for the river at the Battle of Mier. If you’ll read about the Republic of the Rio Grande, you’ll see that the Carrizos saved the Texans there. We’ve been here since first contact with the Europeans, back in the days of Cabeza de Vaca. “

While there were a few arrests at last Thursday’s demonstrations, for the most part demonstrators on both sides of the border wall issue were vocal but non-violent. It still remains to be seen whether or not Trump’s visit, and the demonstrations it spawned, will change anything politically, but if nothing else, last Thursday will be remembered as one of the few days that the RGV has had a visit from the POTUS.