With the Royal Coronation of King Citrus and Queen Citrianna just around the corner, duchesses of this year’s Texas Citrus Fiesta are preparing themselves for the event.

At a meeting held Thursday, Jan. 10, a dozen duchesses showed up to a meeting in the office of the Texas Citrus Fiesta to learn about the citrus industry-the basis of the TCF. 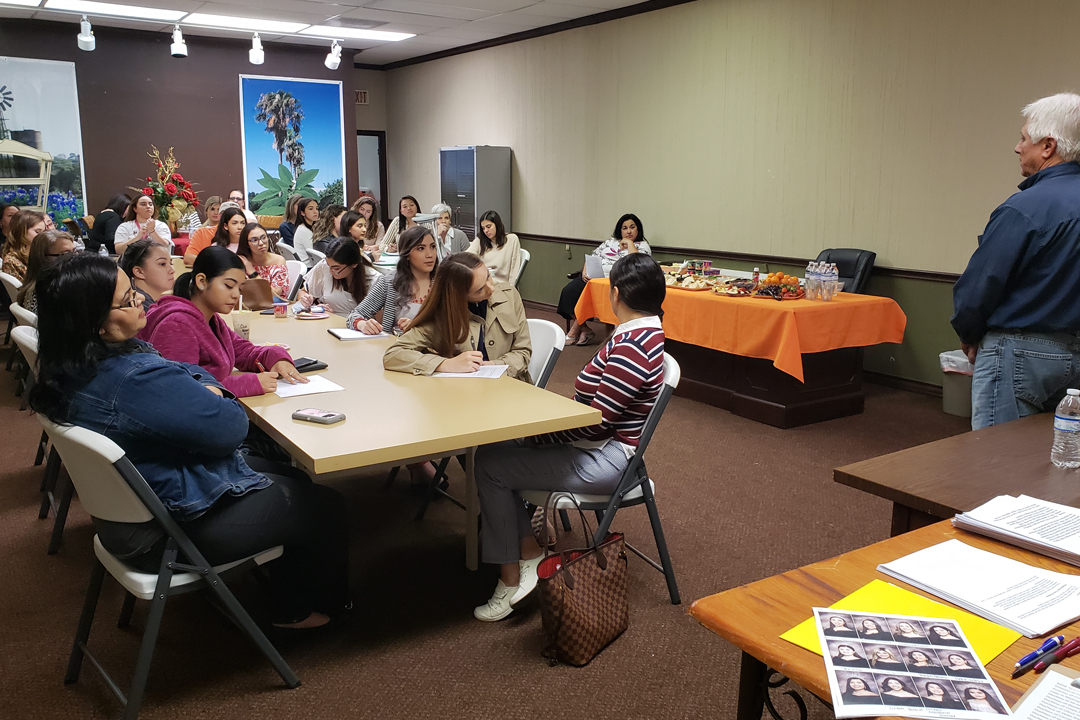 The hour long meeting had the duchesses hear from Dale Murden, 2017 King Citrus, and Jimmy Pawlick, who reigned as king the year before Murden. Both men lectured the duchesses on several items ranging from the history of the citrus industry in the Valley, proper maintenance for citrus plants and the effects of pesticides to citrus.

“You are going to be ambassadors for this industry this year, just be educated while you do it and enjoy the experience,” Murden told the girls.

The subjects are ones that the duchesses will be quizzed over during the interview portion of the pageant. For Lisa Rivera, TCF director, the knowledge the duchesses gained in the meeting is one that will benefit the girls as they are being steeped in Valley history.

“It’s very important we learn about the history of the Valley,” Rivera explained. “Citrus is what we’re known for and having this young generation here shows we will not forget our roots.”

For some of the duchesses, the meeting represented a social gathering for them in a relaxed setting that gave them a break from their intense preparations for next week’s festivities.

“This was definitely more relaxed than I thought it’d be,” Jaedynn E’Del Alaniz said. “I thought it’d be intimidating with all the TCF events coming up but it was the opposite, just some duchesses talking to each other and learning.

Alaniz is the duchess of White Wing representing the city of Peñitas. This was the same title her mother held in the 1996 TCF ceremony before being named 1st runner-up in the pageant, she said.

Besides following in her mother’s footsteps, Alaniz said she’s glad to become a duchess because of the opportunities to learn new things about the citrus industry.

Like Alaniz, her friend Monserrat Barrera attended the meeting. Despite being familiar with several of the talking points the former kings had to offer, Barrera said there is value in the information that was shared.

“The public should know more about caring for citrus. It’s the Valley where so many people have a few citrus trees out in their yard but how many of them actually know how to maintain them,” she said. “We can all be spreading the word as soon as we get a bigger platform next week.”