The bell for round two has sounded and Big 7 Boys basketball teams are preparing to make a final run at locking up a playoff spot, while one team is looking to make program history with their first district title. 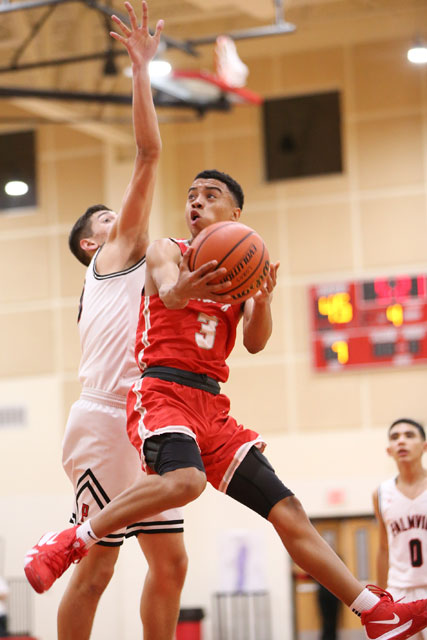 Pioneer Diamonbacks
The Pioneer Diamondbacks sit atop District 31-5A at a perfect 8-0. While that may surprise some on the outside, inside the Pioneer locker room, they’ve known what they were capable of all along.

“It comes from a lot of hard work during the summer, playing together and getting shots up every single day,” said senior guard Luke Padilla. “When we play like this we can put up 80 points in any game. The sky’s the limit for us, but we just have to put our mind to it.”

The Diamondbacks’ dominance was on display once again Tuesday night as they picked up their second win of the year over the rival Sharyland Rattlers, 69-54. Big man Lavar Lindo led the way with 16 points while Padilla was right behind him with 15 of his own.

The win was Pioneer’s ninth in a row and has created separation between themselves and second place Rio Grande City. The Diamondbacks are showing no signs of slowing down either as they have beat their last three opponents by a combined 60 points.

Next up for Pioneer is a road game against the Mission Veterans Memorial Patriots, who the Diamondbacks beat 80-48 in their last meeting on Jan. 1.

Currently ranked third in 31-5A with a 5-3 district record, the Patriots are moving in the right direction and if they can sustain their hot play, will surely lock up one of the four playoff spots up for grabs.

The Patriots picked up a 60-43 road win over Palmview Tuesday night and a 59-51 win over PSJA Southwest on Jan. 18 where Noe Cantu poured in 19 points and Josue Muniz and AJ Gonzaque each scored 10. Mission Veterans now has built some momentum heading into their home matchup with Pioneer Friday night as they look to hand the Diamondbacks their first district loss.

Palmview’s last district win was a 54-47 home victory over the Rattlers as Sigifredo Flores dropped a game-high 23 points with Irving Gamez contributing 16 of his own.

Both of Sharyland’s district wins have come in the new year as they most recently knocked off Roma 56-53 on Jan. 18. Before that, the Rattlers topped PSJA Memorial on a last second buzzer beater by senior center Andres Rubio for a 44-43 win.

Mission Eagles
After winning just two district games a season ago, the 2018-2019 Mission Eagles have completely turned things around. Head Coach Rico Martinez and his team are 6-2 more than halfway through 30-6A action and have earned the respect of their opponents with their competitive play on the hardwood.

The Eagles are fresh off a 61-39 win over McAllen Memorial Tuesday night as Eddie Rivero scored a game-high 18 points, while Jahel Salinas and Louie Garcia put in 11 and 10 points of their own as Mission tripled their district win total from a season ago.

The third place Eagles only losses have come at the hands of the top two teams in District 30-6A, the Nikki Rowe Warriors and PSJA North Raiders, who they’ll face again on Friday, Feb. 1 and Tuesday, Feb. 5.

La Joya Coyotes & Juarez-Lincoln Huskies
The Coyotes and Huskies have struggled in district play as each team holds a 1-7 record with just six games left to play.

Fortunately for the Coyotes, that’s who’s next up on their schedule as they hunt for their second district win Friday night on the road against the Mustangs.

Juarez-Lincoln has won just two games this season, but their only district win was a big one as they pulled out a 64-62 nailbiter on the road over the La Joya Coyotes on Jan. 8. The Huskies will surely have their round two meeting with the Coyotes circled, which is scheduled for Friday, Feb. 1 at Juarez-Lincoln High School.