After the Texas Department of Public Safety caught him with 1,250 pounds of marijuana, former Progreso school board Trustee Felix Hernandez Jr. asked for a second chance.

“No one was going to benefit by putting him in prison,” said attorney Terry Canales of Edinburg, who represented Hernandez at sentencing. “Not the taxpayer. Not his family.” 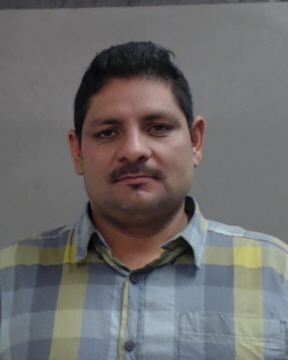 Yanez sentenced Hernandez to five years in prison on Jan. 28, 2016. Yanez, however, suspended the sentence and placed him on probation for five years.

As long as Hernandez avoided trouble, he wouldn’t serve any time.

Hernandez jeopardized that second chance on Sept. 24, 2018, when a state trooper caught him driving 91 mph on Expressway 83 in Weslaco.

He “displayed signs of intoxication” and failed a field sobriety test, according to the criminal complaint, but refused a breath test.

The state trooper arrested Hernandez on suspicion of driving while intoxicated, a Class B misdemeanor.

“People do make mistakes,” Canales said. “And, unfortunately, he’s made a second one.”

While the drunken driving charge is a misdemeanor, Hernandez had violated the terms of his probation by drinking alcohol.

State District Judge Juan Partida, who didn’t run for re-election in November, required Hernandez to post a $10,000 bond and meet other conditions, but didn’t send him to prison.

Hernandez returned to the Hidalgo County Courthouse on Jan. 23 wearing jeans, a red shirt and a gray sweater. He arrived at County Court at Law #5 late, waived arraignment on the drunken driving charge and pleaded not guilty.

How the misdemeanor charge will affect the felony drug trafficking case remains unclear.

“As far as I know, he’s been complying with all conditions of probation and he’s been doing well,” Canales said. “I think that this is definitely a blow to the second chance that the court gave him. And right now the future of that case and this one are uncertain.”