Investigators also executed a search warrant at a home where General Manager Elias Bazan III, 49, of Mission — a member of the family that owns Taco Ole’ — resides. 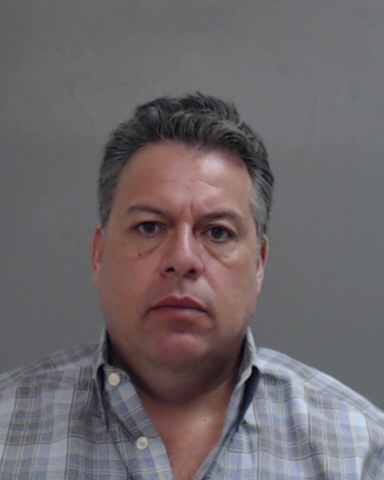 Police Chief Robert Dominguez declined to comment on what, if anything, investigators recovered during the searches, which took place at about 6 a.m. Sunday.

“It seems to me that someone may have a vendetta against this guy,” said attorney Rick Salinas, who represents Bazan.

Elias Bazan III owns the Edinburg restaurant, according to records filed with the Texas Secretary of State’s Office. He also serves as general manager of the Taco Ole’ restaurant on Conway Avenue, according to the restaurant’s Facebook page.

Salinas said he believes Bazan is the victim of a conspiracy by disgruntled employees.

“The true victims of crimes deserve all the attention and justice our legal system has to offer,” Salinas said in a statement. “However, this system, that is unique to our country, has recently been abused by individuals who either use it to collect a debt or to somehow enrich themselves.”

Bazan is innocent, Salinas said, adding that he’s conducting an investigation to ferret out the facts.

“My client, Mr. Bazan, is emphatically claiming innocence,” Salinas said in a statement. “We will aggressively defend these false claims and will proactively seek all legal measures available once his name has been cleared.”

Bazan surrendered to police on Jan. 22. He’s charged with three counts of sexual assault, a second-degree felony, and one count of making a terroristic threat, a Class B misdemeanor.

Attorney Marco A. De Luna represented Bazan during an initial hearing in Mission Municipal Court. After the hearing, Salinas started handling the case.

Women who worked at the restaurant on Conway Avenue said Bazan sexually harassed them, solicited sexual favors and forced them to perform oral sex.

Salinas said a female employee fabricated the allegations because she wanted to buy the restaurant and Bazan wouldn’t sell.

Taco Ole’ had a very relaxed atmosphere, Salinas said, adding that Bazan and several female employees engaged in flirtatious behavior that could be misconstrued as sexual harassment.

The felony charges, though, aren’t the first sexual harassment claims against Bazan.

In 1998, four women who worked for Taco Ole’ filed lawsuits against Bazan, his father and the restaurant.

The women apparently reached a settlement with Bazan and judges dismissed both lawsuits.

“Since I have not heard from either of you since our meeting on Dec. 3, 1998, I presume that my clients’ offer to settle their claims for $30,000.00 each has been rejected,” according to the letter, which became part of the case file.

Sipes didn’t respond to requests for comment. The settlement agreements weren’t filed with the court or summarized in court records.

Salinas, however, said he heard the Bazan family settled for $50,000.