This story is an update on the article “Meadow Creek rezoning to be discussed at special meeting” that was published in our issue dated Friday, Feb. 1, 2019.

Update #2: The special meeting that was to be held Monday, Feb. 4 was cancelled.

During this week’s council meeting, the Mission mayor and city council voted to table four items regarding the Meadow Creek golf course in Mission West and hold a special called meeting next week. 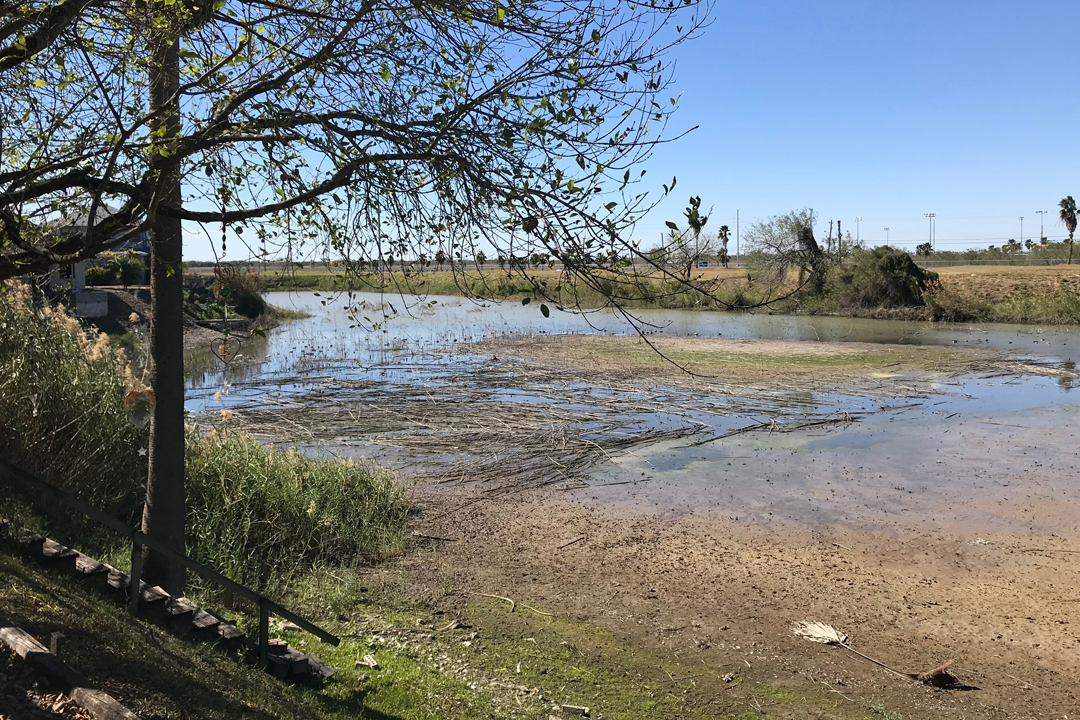 Following last week&rsquo;s Planning & Zoning Commission meeting, residents of Meadow Creek, many of whom have been living in Texas for over ten years, made their opinions about the potential rezoning of the golf course they live on known to the city council.

Owner Olaguer Bauza and his wife, Laurice, have been trying to get part of their golf course (along One Mile South) rezoned to three residential lots and one commercial since 2016 – the year they bought the land.

This past Monday, Meadow Creek residents came forward during the public forum and explained their frustrations with the potential rezoning. After listening to them, city council went into executive session with legal council for questions.

When they came back from executive session, they voted to table the items and discuss them further at a special meeting on Monday, Feb. 4 at 5:30 p.m.

Residents were concerned with how the Bauzas have let the course deteriorate, because they bought their homes with the intent to live on a playable golf course and enjoy the community that came with it.

“I moved in a month before they [the Bauzas] took over, I bought my home for top dollar,&rdquo; Sandra Wakefield said. “And it just went down from there. They had no intention but to buy this, sell it and try to develop it for profit.&rdquo;

After last week&rsquo;s P&Z meeting, two residents of Meadow Creek made claims that the homeowners opposing the rezoning were using “racist&rdquo; language toward the Bauzas, who are originally from Mexico. According to the homeowners against the rezoning, that could not be further from the truth.

“I so object to be connected in any way with the word ‘racist,&rsquo;&rdquo; Catherine Raftery, a Meadow Creek resident who moved to Mission from Ireland, said. “We have no business being in the Valley if we&rsquo;re racist.&rdquo;

Residents say that while they don&rsquo;t like what the Bauzas have done with the property, there is no hostility toward them.

“A number of people stepped forward over the past two years and offered to help him [Olaguer Bauza] with the golf course, to help him get it up and running and be successful,&rdquo; Tom Morgan said.

The Meadow Creek golf course was owned by John Grisham before he passed away. Grisham left the land to his daughter, who sold it to the Bauzas in Feb. 2016 at a “low rate,&rdquo; according to some residents. In Oct. 2016, they rezoned one part of the land, and have continued to try and do so since.

“These are the things that make us question if they ever intended to keep up the golf course,&rdquo; Shari Wand said.

One of the homeowners&rsquo; concerns with the current ownership is that because of the lack of upkeep within the golf course, their property values have dropped significantly, but their taxes have gone up because they live on a golf course.

“There is a home on the eighth hole of the golf course where the owner wanted to sell it last year, they put up a sign, they had a price on it, then they took it off the market,&rdquo; Richard Paddock said. “They came back this year and they put on the market again. It was selling for $17,000 less. It was the same realtor, and they asked why it happened, and she [the realtor] pointed at the golf course.&rdquo;

The lounge in Meadow Creek, which used to be a popular spot for residents to meet up, play cards, sing karaoke and have a drink, slowly closed after 2016. The Bauzas did not renew the liquor license, events that used to happen there stopped, and as the building deteriorated they quietly closed it without notification to residents.

Planning and Zoning Director Jaime Acevedo said that nay developed property on the Meadow Creek golf course would allow for improvements on the current drainage system in the area, which the homeowners also deny. According to several residents, during the heavy rainfall that happened in June 2018, the drainage in the golf course held up well, and no one in the neighborhood experienced flood damage on their property.

Currently, there is a group of investors living in Meadow Creek that have made two offers to purchase the land themselves from the Bauzas in order to revitalize the golf course, which they have not accepted. According to the Bauzas, the offer this group has made for the entire course, the land and lounge, is about $500,000 – significantly less than what they purchased it for.

The Bauzas have different opinions about the attitude of the residents and how they have handled things since they bought Meadow Creek. As investors, they are hoping to sell their land just to recuperate how much they have spent on revitalizing it since their purchase in 2016.

“It was worse before,&rdquo; Laurice Bauza said about the state of the course when it was purchased.

Olaguer re-did the sprinkler systems across the grounds, and they began investing money into changing the decor and interior of the lounge.

“When we bought the golf course, it didn&rsquo;t have a proper irrigation system,&rdquo; Laurice said. “Now we have an automatic system to irrigate, my husband [Olaguer] put all the cables down for the sprinklers, and we spent a lot of money there.&rdquo;

Due to several storms, flooding and weather conditions, the Bauzas said they have struggled to maintain the upkeep their laborers have put into Meadow Creek. They have attempted to re-seed the grounds in order to grow new grass three times, and each time bad weather has either torn up the grounds or washed up what they put in.

“And we assumed the risk of buying it like that,&rdquo; Laurice noted, saying they understood that things happen. “We are investors, and we said we could put the money into there and fix it up.&rdquo;

After all the physical and emotional difficulties of the last two years, the Bauzas are ready to move on to their next project. Hoping to sell the land for the equivalent of what they have put into it, they have met with several potential buyers who say they will only purchase Meadow Creek if they rezone the land for more residential properties.

The Bauzas say they are trying to save what they can for the current residents, which is why they would like to keep the back nine holes as a golf course and the lounge so the amenities still exist, but the other areas are still able to be developed for further use.

“We want to sell all of it, not just pieces,&rdquo; Laurice said. “The investors want to be able to develop, so if we [rezone] some of the property, they&rsquo;re willing to make the offers. This way, they&rsquo;ll have a nine-hole golf course, and there&rsquo;s still areas to develop.&rdquo;

When meeting with Mission city officials, the Bauzas have come to discover that the viability for a golf course in the area has gone down over the years. According to the Bauzas, the main players using the golf course, Winter Texans, are not coming down to the Valley as much as they used to.

“When we bought it, there were a lot of Winter Texans coming here to the Valley,&rdquo; Laurice said. “Now, there&rsquo;s a lot less, like in the last year, half [have stopped coming]. I spoke to the city about it, they also have golf courses, and they say the same thing.&rdquo;

Olaguer and Laurice said they want to move on see Mission grow.

The Bauzas have had a meeting with opposing residents, and said the homeowners have been combative and interrupt them when they try to speak – which has also led to Laurice not being as willing to speak up at the Planning and Zoning and city council meetings. They have supporters, most of whom do not want to come forward because they are “afraid&rdquo; of the residents protesting the rezoning.

“We&rsquo;ve gone knocking on doors, house by house, to explain our intentions and the project,&rdquo; Laurice said. “And they&rsquo;ve told us, ‘we support you, we just don&rsquo;t want to tell them because we are afraid.&rdquo;

The land up for rezoning will be discussed further at Monday&rsquo;s meeting at city hall.