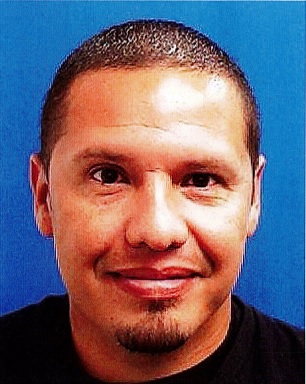 “Obviously, misconduct is not tolerated,” said McAllen police Chief Victor Rodriguez. “And, in this case, it was addressed immediately.”

Ruiz participated in a scheme to steal a car, according to the indictment against him. Working with a tow truck driver, Ruiz claimed he needed to seize the car as part of an investigation.

Federal agents believe Ruiz and an associate accepted $1,100 to make the theft appear legitimate, according to the indictment. When they asked Ruiz about what happened, he didn’t tell the truth.

Ruiz pleaded guilty Jan. 31 during a brief hearing before U.S. District Judge Randy Crane. Prosecutors agreed to dismiss additional charges against him, including impersonating a federal agent and conspiracy to interfere with commerce by extortion.

Ruiz graduated from Pharr-San Juan-Alamo High School in May 1995 and worked at H-E-B while attending the University of Texas-Pan American, according to personnel records. After seven years at H-E-B, though, Ruiz wanted to change careers.

He joined the McAllen Police Department in May 2005, walking away from a $40,000 salary as checkout operations manager.

The department recognized Ruiz in 2011, when he spearheaded an investigation that “resulted in record marihuana and weapons seizures,” according to personnel records. Ruiz also served as an acting sergeant when the regular supervisor wasn’t available.

Whether or not Ruiz had disciplinary problems remains unclear.

State law allows McAllen — and other police departments with civil service — to keep complaints and investigations secret if they don’t result in disciplinary action.

“On or about March 21, 2014, while off duty and on duty, and while enroute to his assigned duty station and while operating McAllen Police Unit #1008, Officer Ruiz was involved in a motor vehicle collision at the intersection of Schunior Road and Hoehn Road,” according to a memo placed in Ruiz’s personnel file. “The accident investigation revealed that two additional occupants were in the unit that Officer Ruiz was operating at the time of the accident. These occupants were identified as children, not personnel of the McAllen Police Department and not in his unit for any police department purpose.”

Officers determined that Ruiz didn’t cause the crash, but he tested positive for amphetamines and other controlled substances. Ruiz said a doctor in Nuevo Progreso prescribed him appetite suppressants.

Ruiz served on the task force from April 2014 to April 2017, when he returned to the McAllen Police Department.

Torres-Garcia said he needed help to recover a 2013 Cadillac ATS that rightly belonged to him. Gonzalez-Valdez contacted a man named Jesus Fabian Munoz, who contacted Ruiz.

In exchange for cash, Ruiz agreed to help.

On May 5, the tow truck driver and Ruiz went to San Juan, according to the indictment. Ruiz arrived wearing police tactical gear and identified himself as a federal agent.

Ruiz told the owner they needed to tow the Cadillac as part of a law enforcement investigation. Later that day, Ruiz and Munoz received $1,100.

When the federal agents questioned Ruiz on July 26, he denied participating in the scheme. Ruiz resigned the next day.

“Thank you for the opportunity to work for the McAllen Police Department,” Ruiz wrote. “I am just tired of all the stress being brought on for the work that we do.”

Sentencing is scheduled for April 11.