The struggle to get workers compensation for Lieutenant Homer Salinas is still ongoing.

Salinas, who recently won an appeal against the Texas Municipal League’s initial denials of workers compensation insurance, was recently served with a lawsuit from TML under the city of Mission. Salinas was seeking $100,000 for four surgeries he underwent when he was fighting kidney cancer from Dec. 2017 through June 2018. 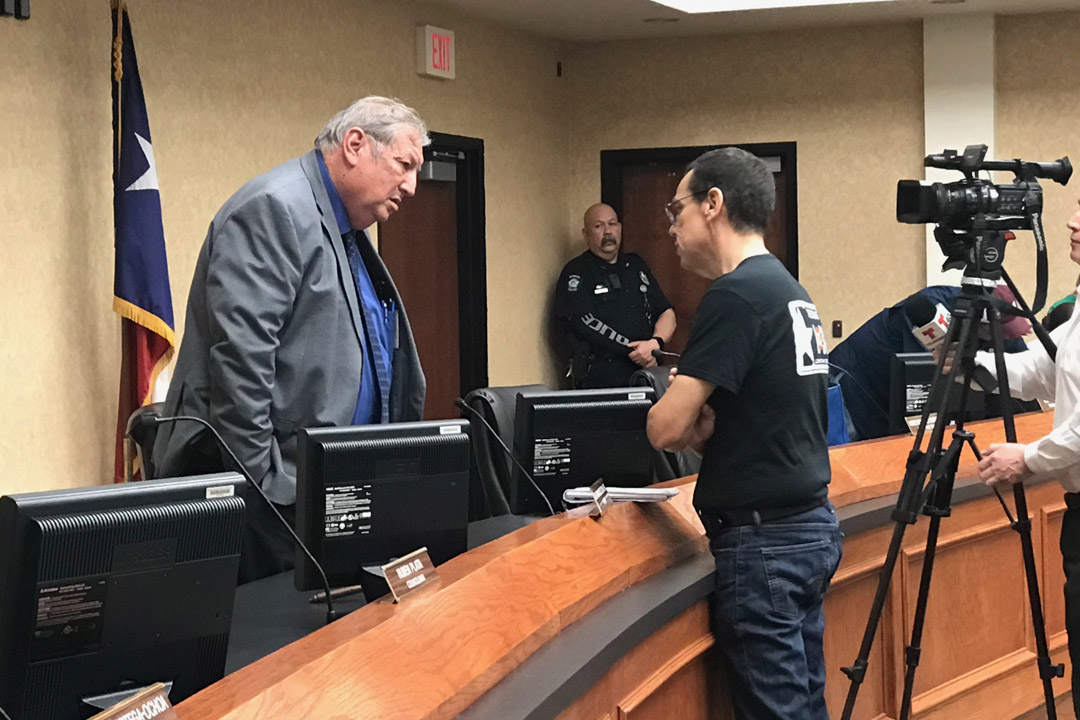 After four rejected appeals, and an order to pay Salinas&rsquo; workers compensation in full, TML issued the lawsuit seeking further discovery without notification to the city. According to a press release from Mission, “the city never instructed TMLIRP to file the appeal case.&rdquo;

The entirety of the council&rsquo;s discussion was held in executive session, and after that council member Gus Martinez issued a statement on behalf of the city and council.

“We as a city are not in favor of this appeal,&rdquo; Martinez said. “Against a provision in our interlocal [agreement] with TML, we did not receive notice of this action, or if we had, we would not have been in support.&rdquo;

Without discussing the merits of the case, the city plans to request to go before the TML board and argue their position “in hopes to put an end to this matter without denying Mr. Salinas any further benefit.&rdquo;

Martinez put in a motion that the council goes before the TML board and states their position. It was approved and voted on by the council without further comment.

Salinas said he is tired of the continued appeals and denials of his coverage. He hopes that TML drops the appeal.

“It&rsquo;s overwhelming when you get served,&rdquo; Salinas said. “It affects not only me, but by immediate family. If they&rsquo;re [the city] supporting me, they&rsquo;ll drop the lawsuit. I hope they drop it, I hope it stops here.&rdquo;

“I think I&rsquo;ve presented my case, and through the proper channels,&rdquo; Salinas added. “It speaks for itself.&rdquo;

Salinas said this is an issue that has come up in the city before, and it&rsquo;s not just about his case.

“I want to know that we&rsquo;ll be protected if something happens to us,&rdquo; Salinas said. “Right now, it affects everybody. Every firefighter in the state of Texas, every city employee, this could happen to anybody.&rdquo;

Salinas said he is lucky he has a union behind him that is able to help him pay for attorney fees, but other city departments don&rsquo;t have that opportunity.

He continued to say that while he has received plenty of positive public support, he has also received negative feedback while in uniform, citing instances where people have asked him why he doesn&rsquo;t “just go and get another job?&rdquo; Salinas said that he loves his job, and doesn&rsquo;t want to do anything else.

“I hope they go and fix this problem,&rdquo; Salinas said. “I&rsquo;m tired. I beat cancer, and I&rsquo;m going to beat this.&rdquo;