Just three months after she voted in Mission, attorney Tania Ramirez announced her candidacy for the McAllen City Commission.

Ramirez voted with a Mission address in November, according to Hidalgo County Elections Department records. 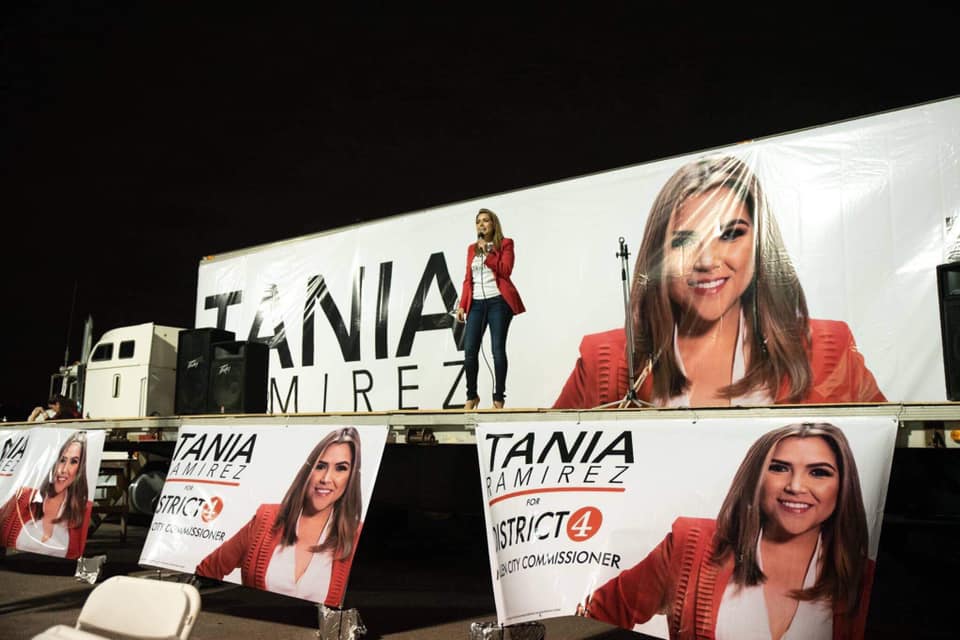 In January, though, Ramirez filed a ballot application with the McAllen City Secretary’s Office, seeking to represent City Commission District 4. The document stated that Ramirez had lived in McAllen for the past 22 months.

Ramirez said the Mission address belongs to her parents. She voted from that address but actually lived in southwest McAllen, where Ramirez shares a home with her sister.

“I never changed it,” said Ramirez, when asked about her voter registration. “I think that was just a procrastination issue, I guess. And that’s the reason for it.”

Where, exactly, Ramirez lived during the past 22 months became an issue when Mario De Leon’s brother, Victor, filed a complaint with the city.

“Some concerned residents reached out to ask if I knew who she was or if she even resided in the District, because none of them had heard of her nor seen her around,” Mario De Leon said in a text message. “I would like to see the City do its due diligence in verifying the eligibility of every candidate that applies to run for office, which includes verifying the six month continuous residency requirement.”

Residency, however, is a complicated subject in Texas.

“The city secretary isn’t required to look beyond what is sworn in the application,” Gonzalez said, adding that any investigation a city secretary may conduct is severely limited in scope.

“Therefore Tania Yanet Ramirez should be disallowed from running for the office of Commissioner in the City of McAllen’s District 4 as she does not meet the six month minimum residency requirement,” according to the complaint.

“While casting a ballot outside the city and district may create a presumption that the person was not a resident of the city at that time, Texas courts have held that it ‘does not ‘conclusively establish’ residency,’” according to a letter signed by City Secretary Perla Lara.

While voter registration is an indication of residency, it doesn’t conclusively establish residency, according to the letter, which cites state law and several court rulings.

“Because there are situations where a person may be able to cast a ballot in a prior precinct after moving from that precinct, I cannot say that the records you have submitted conclusively establish ineligibility. Therefore, I am not able to make a determination that Tania Yanet Ramirez is ineligible to be a candidate,” according to the letter, which concludes by citing the Texas Election Code.

Ramirez said she isn’t concerned about her residency becoming a campaign issue.

After she graduated from law school, Ramirez said she always planned to live in southwest McAllen.

Ramirez said she moved in with her sister on the 4500 block of Vermont Avenue. The home previously belonged to their parents.

“My parents? Let’s just say we’ve been there a long time. I know a lot of people in that community,” Ramirez said. “I’ve been very involved with Roosevelt Elementary. Very involved for many, many years. Not just because I’m running. I’ve resided in those streets my whole life, aside from the years that I was in college and law school.”

People in southwest McAllen know her family, Ramirez said, adding that any investigation of her residency would reveal strong connections to District 4.

“I want to focus on what we’ve got to do for District 4. I really don’t want to focus on this residency issue and this-and-that,” Ramirez said. “If they want to pick it up, pick it up. We’re ready. And I can back up my claims. So bring it on.”