A majority of the school board wants to replace Benavides, but her employment contract doesn’t expire until August 2021. Several trustees want to maintain the appearance of an amicable split by approving a six-figure buyout package for Benavides. 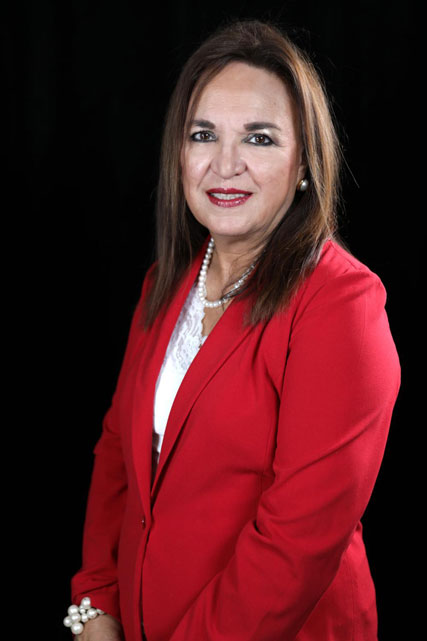 Trustees didn’t respond to requests for comment. However, trustees discussed the situation and buyout proposal during private conversations. People present during those conversations shared details with The Progress Times on the condition of anonymity.

“For those asking what happened with my mom, the school board is giving her no choice but to negotiate buying out her contract so she will be removed from her position,” Matthew Benavides posted on Facebook. “Thank you for your prayers.”

Rumors that trustees wanted to replace the superintendent started circulating on Feb. 6, when the board held a marathon meeting.

The rumors intensified on Monday, when the board called a special meeting with a single agenda item: “Deliberation on Superintendent’s Evaluation/Employment Contract.”

The board approved Benavides’ evaluation but didn’t take any other action during the meeting.

Asked why the board met with three lawyers, Ochoa said several new trustees had questions best answered by attorneys.

Neither the trustees nor Benavides responded to requests for comment after they left the meeting.

Why the board suddenly decided to replace Benavides remains unclear. Trustees extended her contract in January 2018 without any controversy.

It’s also unclear who would replace Benavides, who spent three decades with the district.

With more than 28,000 students and more than 4,400 employees, the La Joya Independent School District is the heart of western Hidalgo County. It’s also a political powerhouse.

Benavides graduated from La Joya High School in 1971 and enrolled at Pan American University, where she earned a bachelor’s degree in elementary education with a minor in English, according to district records.

The McAllen Independent School District hired Benavides, who taught reading at Andrew Jackson Elementary School and assisted with English classes for adults. After seven years with McAllen, she accepted a job with the Region One Education Service Center as a migrant specialist.

With the exception of a year at Kingsville High School, she spent the next three decades in La Joya. Benavides earned promotions to principal and assistant superintendent.

“She was always very dedicated, very committed to her students and the district,” said Roberto Zamora, an assistant professor at the University of Texas Rio Grande Valley who served as superintendent twice — from April 1987 to June 1992 and from March 1997 to February 2003. “I thought she did excellent, excellent work.”

The board promoted Benavides to superintendent in September 2006, following the departure of Superintendent Filomena Leo.

Then-school board President Joel Garcia signed her first employment contract, which included a $170,000 salary and a $1,000 monthly car allowance.

“I’ve known her since 1990, when my son was in kindergarten,” said Garcia, who now serves on the Palmview City Council. “She was an excellent principal.”

“She was one of the best,” Garcia said.

The school board dramatically increased her compensation during the next 12 years, bringing her salary to $319,000, according to district records.

Benavides served as superintendent through several major political shifts in western Hidalgo County, including a push to remove board members affiliated with former state Rep. Ismael “Kino” Flores Sr., the collapse of Team Liberty, which spawned Team L1berty, and splintering of that coalition, which left the board without a clear majority.

“As a superintendent, you have the challenge of working with seven board members,” said Zamora, the former superintendent. “Every time there’s an election and there’s a change on the board, the dynamics change.”

The superintendent is placed in the difficult position of advising the board without taking sides or becoming a pawn in a political chess match.

“And when people are not working together,” Zamora said, “It’s even more difficult.”