A candidate for McAllen City Commission District 4 withdrew from the ballot last week after a family emergency.

Mario De Leon, 41, an Apple solutions consultant, submitted a formal certificate of withdrawal on Feb. 20. He explained the decision on Facebook. 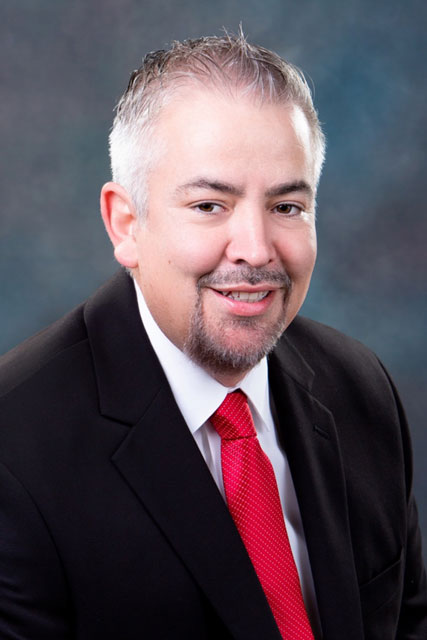 “A few days ago my wife and I received some alarming news from our doctor regarding her six-month pregnancy; which will require some changes and sacrifices from our family these next three critical months,” Mario De Leon posted on Feb. 21. “I love our community and it deserves someone that will fully commit to campaigning and following through, and right now I need to be with my wife, focus on my family, and provide them all the support I can.”

Two candidates for District 4 remain on the ballot: Tania Ramirez, 30, a lawyer who previously worked for the Hidalgo County District Attorney’s Office; and Joe Califa, 61, who worked for McAllen, Pharr, Edinburg and Mission before retiring.

The winner will replace City Commissioner Aida Ramirez, who isn’t running for re-election, and become just the second person to represent southwest McAllen since the city switched from at-large representation to single-member districts.

After he decided to withdraw from the ballot, Mario De Leon endorsed Califa.

“Our part of the City has been ignored and neglected on many fronts for almost two decades. Now more than ever, our community needs to come together and support the change we want to see in District 4,” Mario De Leon said in a statement. “We need to rally behind an honest and transparent candidate that truly represents our best interests, as opposed to those of the outgoing commissioner, and whose connection to our community is unquestionable. And that is Mr. Joe Califa.”

An endorsement from the De Leon family, which is well-known in District 4, may bolster Califa’s nascent campaign.

If elected, Califa said he would consider appointing Mario De Leon to a city advisory board or another role that would allow him to remain involved.

“He’s very passionate about the district,” Califa said. “And it’s very unfortunate that he wasn’t able to continue his campaign.”

When she submitted a ballot application, Tania Ramirez stated that she had lived in McAllen for the past 22 months. Hidalgo County Elections Department records, though, show Ramirez voted from a Mission address last year.

“While casting a ballot outside the city and district may create a presumption that the person was not a resident of the city at that time, Texas courts have held that it ‘does not ‘conclusively establish’ residency,’” according to a letter from City Secretary Perla Lara to Victor De Leon.

How the controversy will affect the campaign remains unclear.