Mayor Jose A. “Fito” Salinas appointed a felon to the La Joya Housing Authority board on Tuesday. 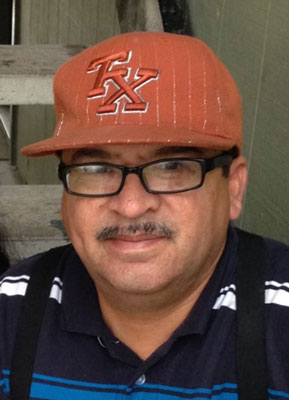 The La Joya City Commission unanimously approved the nomination Tuesday afternoon during a meeting that lasted less than 10 minutes.

“Very good applicants,” Mayor Salinas said. “But like I told them, it’s only one person that’s going to be appointed. And I wish all of them could be on the board.”

Mayor Salinas said he selected Jose Armando Salinas because he had graduated from high school, had lived at the housing authority longer than other applicants and had strong connections to La Joya.

In November 1993, a federal grand jury indicted him on the charge of possession with intent to distribute about 45 kilograms of cocaine, according to court records.

Documents from the 25-year-old case aren’t available through PACER, the computerized system for federal court records.

Jose Armando Salinas said he attempted to smuggle drugs through a Border Patrol checkpoint. He pleaded guilty and received an 87-month sentence.

“I paid my dues,” Jose Armando Salinas said, adding that he made a bad decision and learned his lesson.

As a member of the housing authority board, Jose Armando Salinas said he wants to advocate for tenants.

“This is new to me. And I just hope to make a difference, especially to the mothers and the disabled people and the elderly that live in housing, like I do right now.”

The housing authority is governed by a five-member board of commissioners, which supervises the executive director and makes policy decisions.

State law requires the mayor to appoint at least one tenant to represent housing authority residents.

The housing authority board, though, hasn’t actually had a tenant representative for years.

Mayor Salinas appointed Jose Luis “Puma” Rodriguez in October 2018, but he never scheduled a swearing-in ceremony or attended board meetings.

When a housing authority with fewer than 150 units can’t find a tenant willing to serve on the board, state law allows the mayor to appoint a non-tenant.

Before appointing a non-tenant, however, state law requires the mayor to provide “timely notice of a vacancy in the position to all eligible tenants” and wait 60 days.

Mayor Salinas, apparently unable to find a tenant willing to serve on the board, appointed former La Joya school board President Arnold Ochoa on Nov. 20. After the mayor appointed Ochoa, the housing authority filed a lawsuit.

The lawsuit claimed that Mayor Salinas attempted to stack the board with supporters after the board fired his daughter, Interim Executive Director Frances A. Salinas.

Attorneys for the housing authority also questioned whether or not Rodriguez and Ochoa had been properly appointed.

Mayor Salinas and the housing authority settled the lawsuit on Feb. 14.

As part of the agreement, both Rodriguez and Ochoa left the board. That forced Mayor Salinas to appoint a new tenant commissioner.

“Like I told them, you know, it’s going to be one out of five,” Mayor Salinas said, adding that he had a difficult time choosing among the candidates. “So don’t get discouraged, because you might want to run for mayor one of these days.”