The snakes of Sharyland are off to strong starts on the diamond in 2019 as both the Rattlers and Diamondbacks flexed a bit of early season muscle this past weekend in tournament play. With non-district and tourney action in full-swing, Sharyland and Sharyland Pioneer are set to host the second annual Sharyland ISD Hardball Classic this weekend at both high schools. 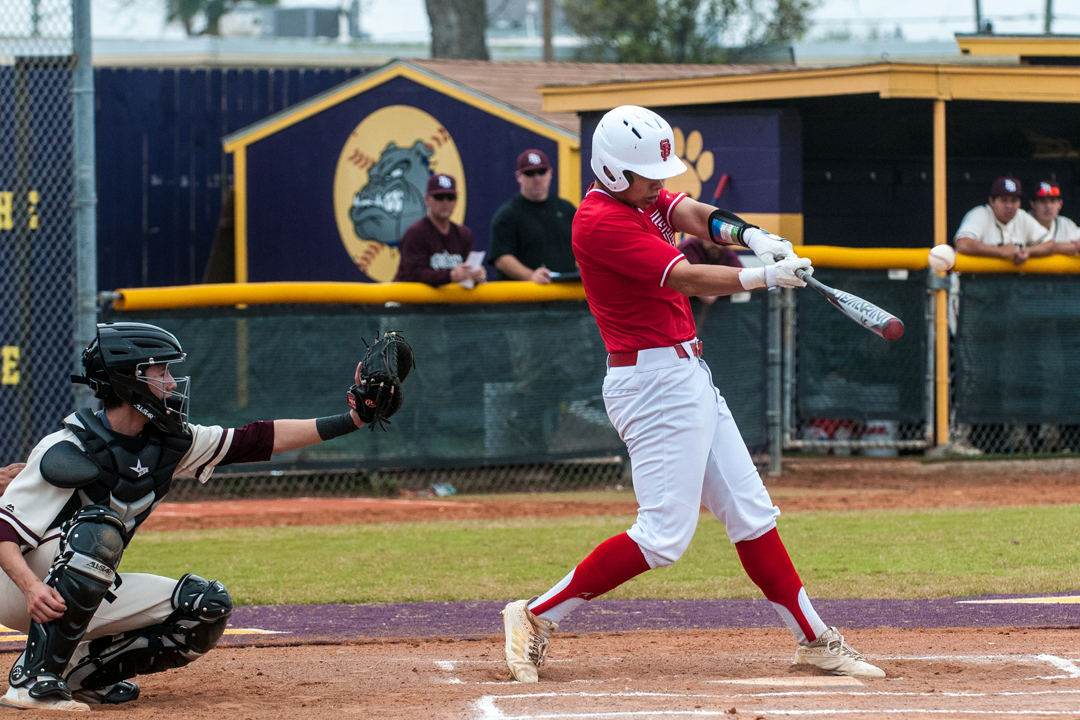 Sharyland didn’t take their foot off the gas in the semifinals as they knocked off Donna North by a score of 11-3 to set the stage for the tourney championship against the Los Fresnos Falcons, hosts of the tourney.

With the championship trophy up for grabs between two solid baseball schools, the Sharyland Rattlers emerged as the superior team as they capped off the tournament with a 12-2 win in five innings to take home the title for a second consecutive season.

Junior Martin Vasquez sent two balls over the wall as his home runs kept the Rattler offense hot, with junior Abraham Alvarez also going yard in the game. Pitcher Andy Lozano earned the win on the mound for Sharyland as the junior struck out five and allowed no walks.

With one tourney championship under their belt, the Sharyland Rattlers will now be hunting their first Sharyland ISD Hardball Classic title this weekend.

The Rattlers will face Edinburg High and McAllen Memorial on day one of the tournament, with games against Brownsville Veterans Memorial and Brownsville Rivera set for 11:45 a.m. and 6:45 p.m on Friday, March 1.

Proof of their 180 came in the form of the team’s first title as winners of the inaugural Sharyland ISD Hardball Classic a season ago.

The Diamondbacks have continued their rise in year two under Smith as they played their way into the McAllen ISD Tournament championship game this past weekend and are looking for a repeat performance in the Hardball Classic.

Sharyland Pioneer opened up pool play of the McAllen ISD tourney with a perfect 4-0 record with wins over Brownsville Rivera (5-3), San Antonio Holmes (11-2), Valley View (5-1) and Orange Grove (13-0), earning their way to the semifinals.

Junior Trey Gonzalez pitched a complete game shutout and surrendered just four hits in the semifinals against the Flour Bluff Hornets and received plenty of run support with four RBIs coming off his own bat. Five different Diamondbacks crossed the plate as Sharyland Pioneer picked up a 8-0 win to advance to the championship game.

Awaiting the Diamondbacks in the final was the Calallen Wildcats, a team Sharyland Pioneer lost to just days earlier by a score of 6-5.

The Diamondbacks jumped out to a 7-1 lead on the Wildcats midway through the fifth inning with their dominance highlighted by a laser throw from right fielder Johnny Lugo to double up a runner sliding into third. The seven runs, however, would not be enough as Calallen’s bats woke up in the bottom of the fifth to score eight runs, some of which were helped by five Diamondback errors.

In their first tournament action of the 2019 campaign, the Sharyland Pioneer Diamondbacks finished second place at the McAllen ISD Tournament and fell in the championship game to a top 25 ranked team in the state.

Now, the Diamondbacks attention shifts as they hope to repeat as champions of the Sharyland ISD Hardball Classic.

Sharyland Pioneer will face Valley View and Port Isabel on the opening day of the tournament and is set to play Edinburg North and San Antonio Alamo Heights at 11:45 a.m. and 6:45 p.m. on Friday, March 1.