Sharyland High was in the spotlight at the Region V Division I Championships at PSJA Memorial last weekend as the Lady Rattlers powerlifting squad had five punch their ticket to the state meet in Waco March 14 through March 16.

The Lady Rattlers came in sixth as a team, but some individual performances stood out to give Sharyland a top 10 finish against the top competition Region V has to offer. 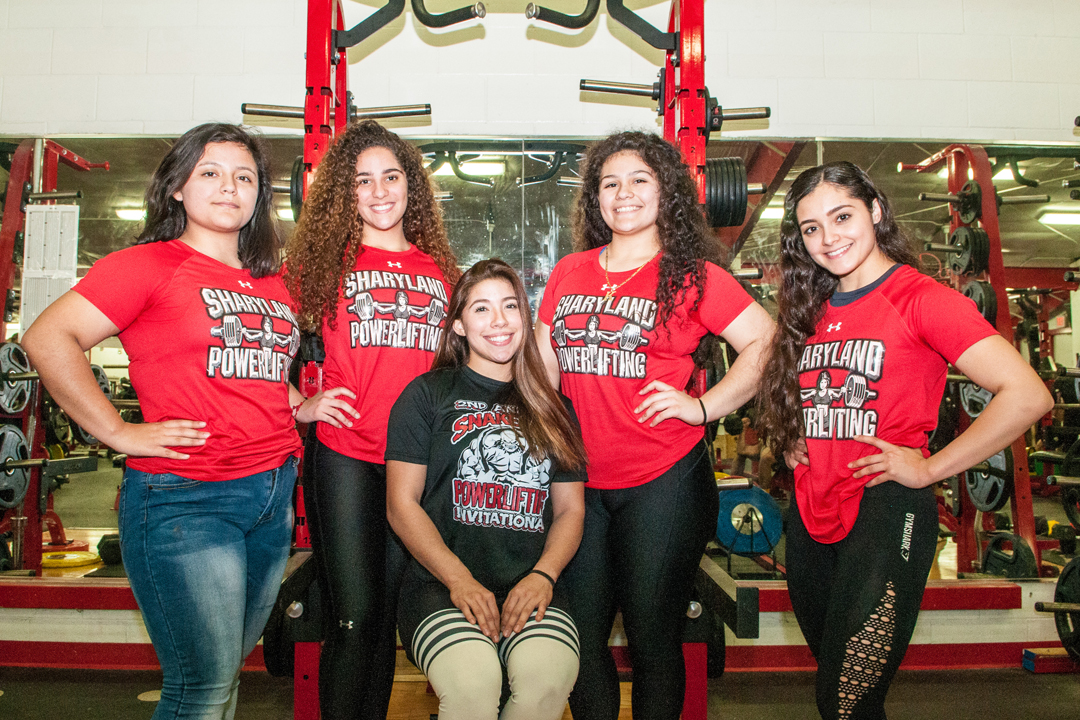 Brianda Resendez brought home the Top Overall Lifter Award after she finished first in the 132-pound weight class, shattering a couple state records along the way.

Her 420 squat and 225 bench press set records in the 132-pound weight class as Resendez put up 995 total pounds in the three lifts. Her first place finish was 60 more than the next closest competitor as Resendez moves on to the state qualifying meet.

Four more Lady Rattlers will be making their way to the state meet after solid performances at regionals. Katrina Mendez and Carolina Constantino both lifted over 850 pounds in the 181-division as they finished in sixth and 11th place, respectively. Ashley Tijerina finished with a second place medal in the 114-pound weight class by lifting 845 total pounds, just 15 shy of first place.

Gabriella Mercado earned her spot at the state meet by hitting the 825-pound qualifying mark.

The Palmview Lady Lobos powerlifting program is sending four to the state meet, led by Donna Mondragon who brought home third in the 123-pound weight class with a 350 pound squat, 180 pound bench and 340 on deadlift.

La Joya High and Mission High each qualified a pair of powerlifters. Brisa Barrientos and Keyla Puente will be representing the Lady Coyotes, as Puente finished third in the 165-pound weight class with 1,015 total pounds lifted. Puente’s 290 pound deadlift was the highest in her class by 25 pounds.

Mission Veterans, Juarez-Lincoln and Sharyland Pioneer qualified one powerlifter each as Brianna Flores finished second overall in the 148-pound weight class for the Lady Patriots with 1,000 total pounds lifted. Jeweliana Rosas finished eighth in the 181-pound weight class with 910 pounds for the Lady Huskies, while Alejandra Roman met the qualifying mark with 830 total pounds to give the Lady Diamondbacks their lone state representative.

The Texas High School Women’s Powerlifting Association 2019 State Championships are scheduled for March 14 through March 16 at Extraco Events Center in Waco. The 5A and 6A state qualifiers will weigh-in on Friday before starting their lifts at 8 a.m. on Saturday.