PEÑITAS – Aurora G. Cavazos, 106, passed away Sunday, March 10, 2019 at Briarcliff Nursing & Rehabilitation Center in McAllen, Texas. She was born in Tabasco, Texas, on July 18, 1912, to Melecio Gonzalez and Andrea Silva. 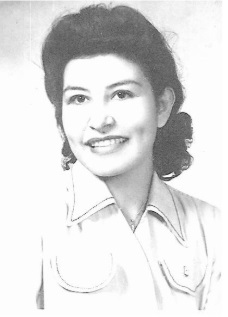 After graduating, Aurora worked as a dedicated seamstress in downtown McAllen making wedding dresses for her sisters and other friends. In the 1930s, Aurora was instrumental in raising funds to build La Joya’s first church, San Nicolas, currently known as Our Lady Queen of Angels Catholic Church. While fundraising, Aurora met Blas Cavazos, a local sales man who would later become her husband in 1935. Their union lasted for 66 years. He passed away in 2001.

The family would like to extend their sincerest gratitude to Delma, Orlando and Elena at Briarcliff Nursing and Rehabilitation in McAllen for their outstanding care.

Funeral Services have been entrusted to the care of Virgil Wilson Mortuary in Mission.