Two weeks since they named him the interim city manager, the city of Alton moved to name Jeff Underwood their new city manager.

Underwood’s new position was announced Tuesday by city commissioners at their latest meeting and comes nearly two weeks after former City Manager Jorge Arcaute retired after 12 years with the city. 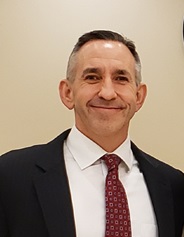 “We’re happy we got Jeff in. He’s been here for five years and knows the city in and out so we’re grateful he took the job,” Alton Mayor Salvador Vela said. “He’s been trained well.”

Underwood served as the assistant city manager for five years under Arcaute and also acts as the city’s planning and zoning director. Underwood signed a three-year contract with the city with a salary of $110,000, $10,000 more than Arcaute’s salary, Underwood said.

The contract comes with a possibility of a raise after the first year pending a yearly evaluation.

“I’m honored to continue what’s going on here, there’s a lot of good people here who help make this a very easy job so I’m glad to continue being part of that,” Underwood said. “We have a lot of projects lined up involving infrastructure, technology projects and quality of life improvements that I am familiar with. There’s a lot of things happening for the next few years and I am excited to be there for that.”

Among the projects Underwood will continue to monitor is the expansion of the Josefa Garcia Memorial Park and the widening of Mile 5 in Alton. The city is also moving on schedule with their project to bring free wi-fi to the city that should be completed within four months, Underwood said.

Another project the city is developing is bringing more sewer service to the city.

Underwood announced during Tuesday’s commissioners meeting that the city would look into expanding their current sewer services to outside the city limits. The city currently has a Certificate of Convenience and Necessity to exclusively provide sewer service to the city and now the city plans to apply to the Public Utility Commission of Texas for an expansion.

“Developers have expressed an interest in developing property outside our area in an area that is currently unserved right now,” Underwood explains. “We’re the closest to provide sewer in the area, that is why we are petitioning to provide it. By expanding out base, we can mitigate increases over time without having to increase sewer rates.”

The area the city is looking to expand their sewer services too are north of Mile 6 road, Underwood said. The project will ultimately move forward based on the decision of the state’s PUC and could take a few years to complete the project if approved, Underwood said.