This article was originally published in the Friday, March 8 edition of the Life styles of the Rio Grande Valley, a supplement of the Progress Times.

Although his days as a World War II bomber pilot may be over, Jack Van Norman, a Winter Texan at Alamo Recreational Vehicle Park, re-lived his days as he spent nearly six years detailing his experiences in his book “Flying Over the Hump with Captain Jack.”

Van Norman, who hails from northwest Iowa, graduated high school in May of 1942, six months after the attack on Pearl Harbor. Less than a year after his graduation, Van Norman had made the decision to go into service, entering the Army Air Corps where he learned to fly C47 bombers. The corps changed its name to the United States Air Force in 1947. 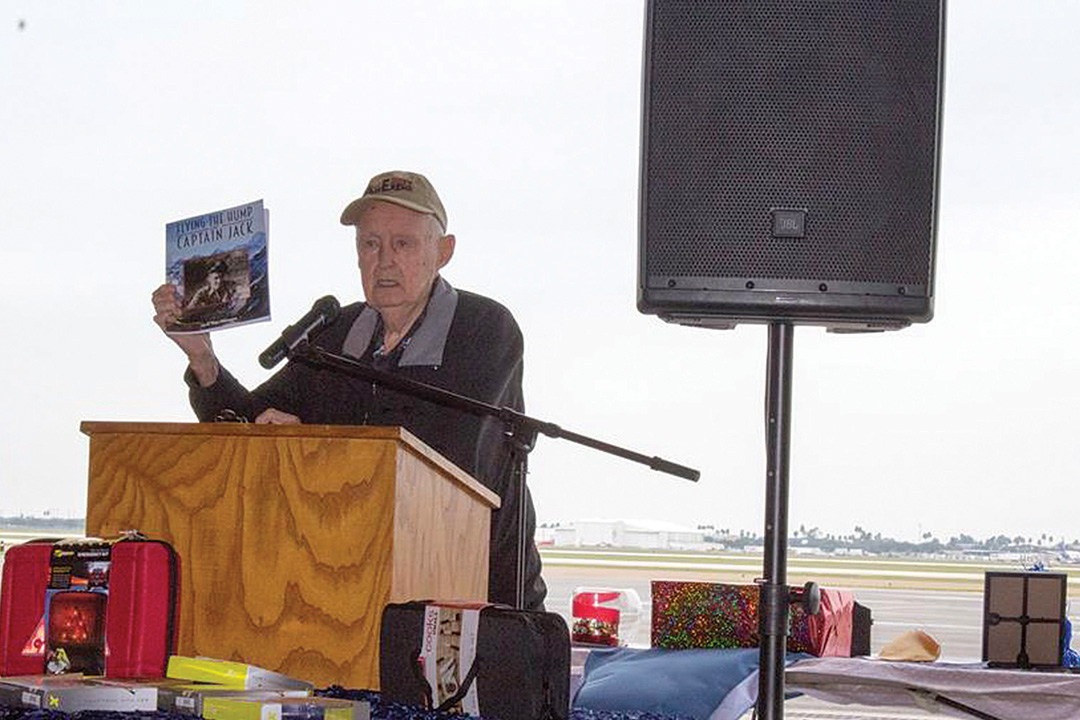 “My birthday is the third of December, and I went to Dallas on the 3rd of December and took the Aviation Cadet Center test,” Van Norman said in a radio interview. “I passed the test on the third of December, my birthday, and the next day I had a physical and I passed that, so I was accepted into the Aviation Cadet program. I went into the service in March of 1943. We had classifications–the classifications were pilot, bombardier, and navigator, and thank the good Lord I was classified as a pilot.”

His book, “Flying Over the Hump with Captain Jack”, refers to the name given by allied pilots in World War II to the eastern end of the Himalayan Mountains over which they flew military transport aircrafts from India to China to resupply the Chinese war effort of Chiang Kai-shek and the units of the United States Army Air Forces based in China.

The Hump developed a reputation for being incredibly dangerous. Over 1,000 men and 600 planes were lost over the 530-mile stretch of rugged terrain.

Now at 94-years old, Van Norman looks back at his memories as a pilot during WWII and they’ve grown to mean more to him as time passes. One of his fondest and most proud memories was when he was chosen to fly to China to pick up three Doolittle Raiders who had been held as POWs by the Japanese.

“After the war ended, which was August of 1945, I got chosen to go fly to Beijing, China and pick up three Doolittle Raiders who had been captured for 40 months under Japanese control. At that time, it didn’t mean as much to me as it does today,” he said.

After his time in the United States Air Force, Van Norman became a pharmacist in Swea City where he ran a pharmacy for 52 years. Now, Van Norman can add accomplished author to his long resume as he spends his winters down in South Texas.