This article originally appeared in the Friday, March 15, 2019 issue of the Progress Times.

A local author whose books promotes bilingualism has been recognized by the New York Latina Book Club-again.

Frank Brewster III, Mission native and the owner of Brewster’s Guacamaya Enterprises, had his poetry book “Del Corazon” ranked as one of the 50 best books of 2018 in their 6th annual best of the year list. 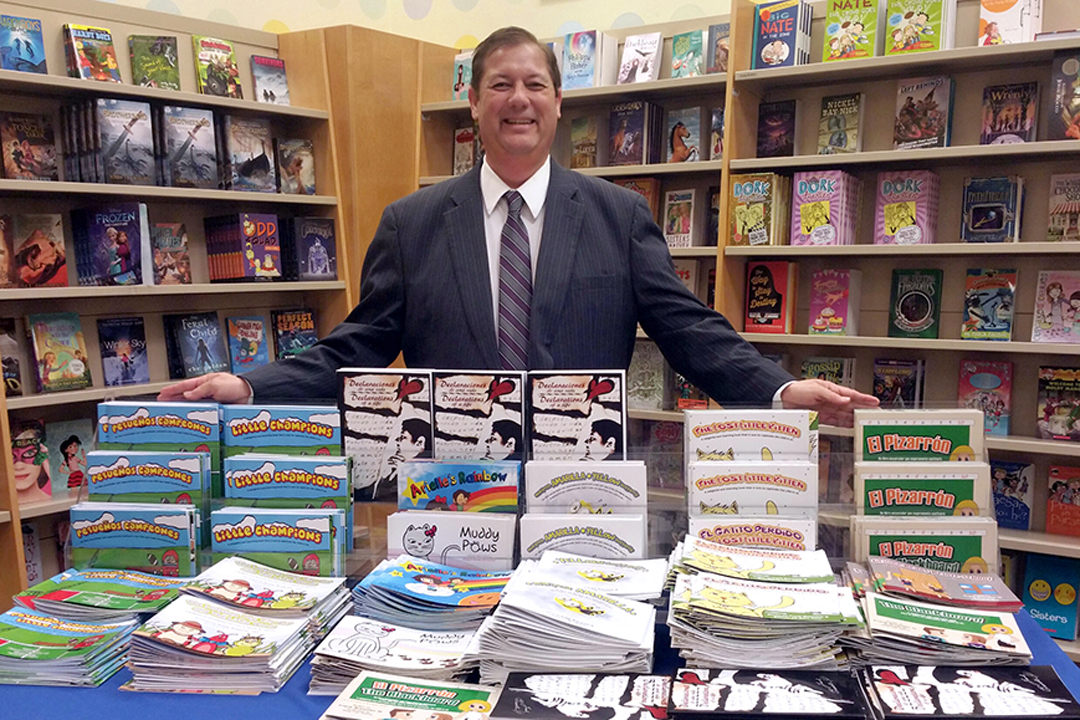 The book club seeks to promote Latino authors and literacy by reading at least one Latino book a month so that readers can embrace their Hispanic heritage, according to its website.

“Frank Brewster III shares his deepest passions & fiercest poetry in Del Corazon and better yet he added music,” Maria C. Ferrer, founder of Latina Book Club said in a statement. “We love how they reflect his life and—how Frank encourages readers & listeners to write their own poetry, to release the passion within.”

Brewster was previously recognized by the book club in 2015 for his first poetry book “Declarations of a Life.” Despite that earlier accomplishment, he was still shocked at his placement in this year’s list.

“I was stunned the first time I was there, but twice? That’s crazy,” he said. “‘Del Corazon is about life and love in general. I like to take things that are bigger than life itself and put it into words that people can relate to so readers can interact with it. I publish so that readers can look at my writings through their own eyes.”

Brewster is currently a Region 1 ESL teacher at Sharyland High School where he teaches English to adults at his former high school.

“I wanted to give something back to the Sharyland community the way they gave me an education,” Brewster explained. “Writing just flows through me, especially in Spanish. It’s a much more romantic language to write and as someone who grew up bilingual, I had the best of both worlds. My generation was fortunate, we got to learn two languages simultaneously. It’s a tremendous asset for people to have.”

As a 1978 Sharyland graduate, Brewster is pushing to promote literacy through children’s books he has written with inspiration from his everyday life. He received his bachelor’s in music from the University of Texas-Pan American and has nearly 30 years of experience teaching music across the Valley at districts like Sharyland Independent School District, Mission CISD, Hidalgo ISD and Donna ISD.

Brewster has authored six children’s books that have been printed in both English and Spanish as well: “Yellow Butterfly,” “The Lady Bug, the Little Ant and the Little Worm,” “The Lost Little Kitten,” “The Blackboard,” “Little Champions” and “Getting Ready Before School.”
Each of Brewster’s books has a teacher’s edition, explaining which Texas Essential Knowledge and Skills and State of Texas Assessments of Academic Readiness points are covered and how they should be taught. The book copies vary in size and language, depending on the grade level of the student. They also have a disk attached with readings recorded for audio lessons.

The former music teacher has included musical soundtracks with his books where he performs the tenor saxophone, along with an acoustic guitar played by Hector Rodriguez.

“Writing is a passion. I love to do this, but I am not doing this for me,” Brewster said. “It is so kids can learn, education is the best weapon against poverty and violence.”

Brewster’s books are being taught in 20 different school around the state. Locally, the books are available in the McAllen, Valley View, Donna, PSJA and other school districts.

“I’m not just an author, I am an educator,” Brewster said.