“On that evening, it happened to be registration day,” said McAllen police Chief Victor Rodriguez. “Two people stormed a particular office building. And, in the course of that attempted robbery of the South Texas College Finance Office, they shot four people.” 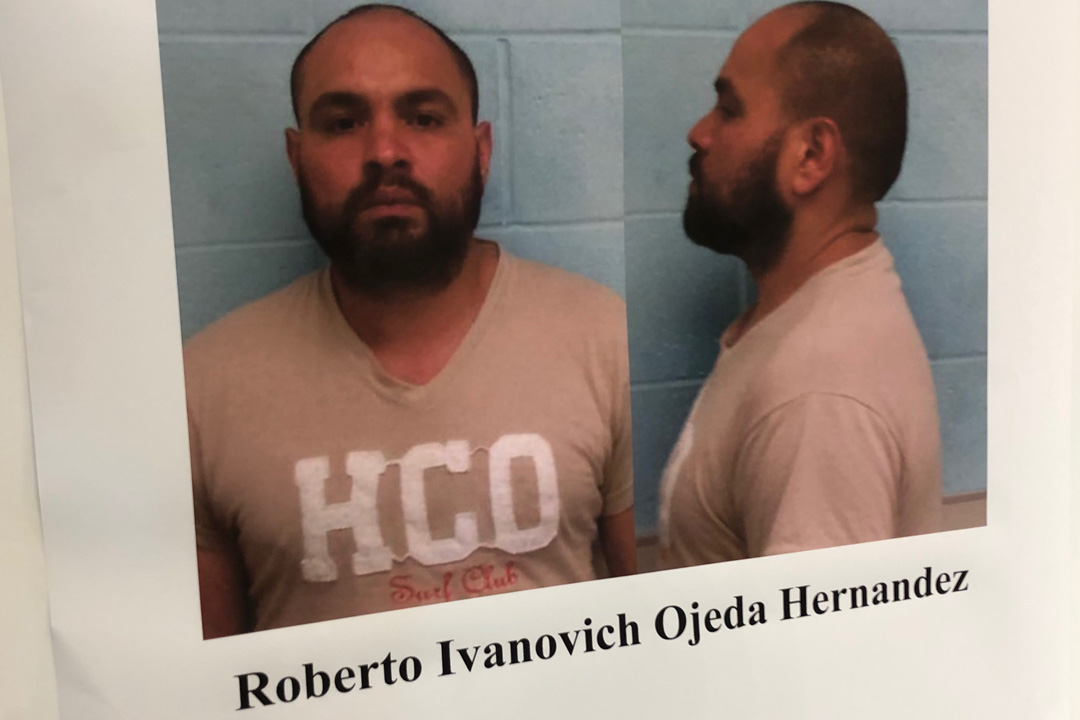 A security guard named Carlos Hernandez died. Two prospective students and a college employee survived. And the suspects slipped away.

The McAllen Police Department, though, never stopped searching for them.

On Thursday — more than two decades after the robbery — Rodriguez announced that investigators finally had a suspect, Roberto Ivanovich Ojeda Hernandez, 39, of Reynosa, in custody.

With assistance from the FBI and the U.S. Marshals Service, investigators tracked Hernandez to Reynosa and arrested him in July 2018 with help from the Mexican government.

“We were able to bring him into Houston yesterday and then into McAllen last night,” Rodriguez said. “So Roberto Ojeda Hernandez, the suspect in that robbery-murder case, today faces a capital murder charge here in Hidalgo County.”

When he fled the country, many questions about the robbery remained unanswered, Rodriguez said. Investigators plan to question Hernandez about the shooting and may arrest additional suspects.

“There were two people, at least, that were involved in the robbery that day,” Rodriguez said. “There may be others. What this particular development today affords us the ability to do now is to move this investigation forward.”

Hernandez may be able to provide investigators with information about co-conspirators who planned or participated in the robbery.

“We intend to bring charges against any and all that may have been involved in this,” Rodriguez said. “To the extent that we can prove up the case against them.”