Investigators believe they’ve arrested the smuggler and the scout responsible for a deadly car crash near La Joya last week. 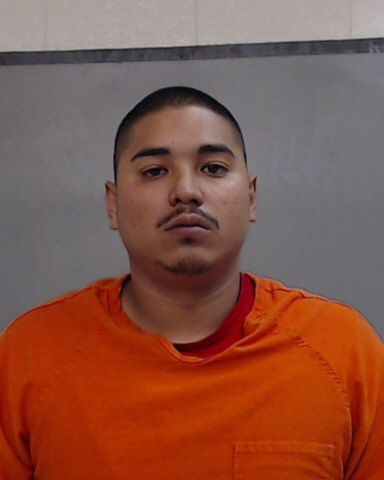 Investigators tracked Estrada and Garcia to the Pueblo de Palmas neighborhood near Peñitas, where the Texas Rangers arrested them on Tuesday, according to arrest affidavits prepared by the Department of Public Safety.

Garcia is charged with engaging in organized criminal activity, a first-degree felony.

Investigators believe they caused the crash that killed Leonel Martinez Jr., 45, of San Juan, and his mother, Aurora Chavez, 69, of San Juan.

They died on the morning of March 13, when a state trooper attempted to stop a Ford Expedition on U.S. 83 eastbound between Sullivan City and La Joya. The driver of the Expedition refused to stop, crossed the median and struck a Nissan Sentra.

Both people traveling in the Sentra — Martinez and his mother — died. The driver of the Expedition fled, leaving behind six people who the Department of Public Safety identified as “Undocumented Aliens.”

With assistance from U.S. Border Patrol and U.S. Immigration and Customs Enforcement, the Texas Rangers tracked down the smugglers.

They found a phone near the crime scene. Agents with Homeland Security Investigations, a division of Immigration and Customs Enforcement, downloaded a photo taken March 12 that showed Estrada and two other men.

“Estrada was wearing a cap that resembled a cap that was located inside of the Ford Expedition,” according to the arrest affidavit.

The Texas Rangers also interviewed the owner of the Expedition, who confessed to transporting four migrants last month, according to the arrest affidavit.

Armed with the recording, which linked Garcia to the fatal crash, the Texas Rangers asked State District Judge Luis Singleterry for permission to track his phone. He signed the warrant.

The Texas Rangers tracked Garcia to the Pueblo de Palmas neighborhood near Peñitas, where they arrested him. They found Estrada hiding nearby.

Estrada said he picked up six people in Los Ebanos and drove east on U.S. 83, according to the arrest affidavit. When a state trooper attempted to stop him, Estrada crashed the Expedition and attempted to escape.

“Estrada ran through a thick brush and hid near an embankment,” according to the arrest affidavit, which summarizes his statements to investigators. “Estrada covered himself with mud in efforts to camouflage with the surroundings. After hours of burying in the mud, Estrada walked Northbound through the thick brush alongside the fence line of FM 2221 (Jarachinas Road).”

Garcia confessed to scouting for Estrada.

“I asked Garcia about the crash in La Joya,” according to the arrest affidavit, which summarizes his statements to investigators. “Garcia became very emotional and admitted that he was ‘checking’ (scouting) for the Ford Expedition.”