It’s been a long season for high school soccer teams across the state of Texas, but for at least eight of the fourteen teams from the Mission, La Joya and Sharyland school districts, it’s about to get even longer.

Not that any of them are complaining of course, since extending their seasons into the UIL’s (University Interscholastic League’s) state playoffs is one of the goals (no pun intended) that every soccer team sets for itself going into each and every season, but after playing at least two games a week for the past three months, it’s do-or-die time from here on out. 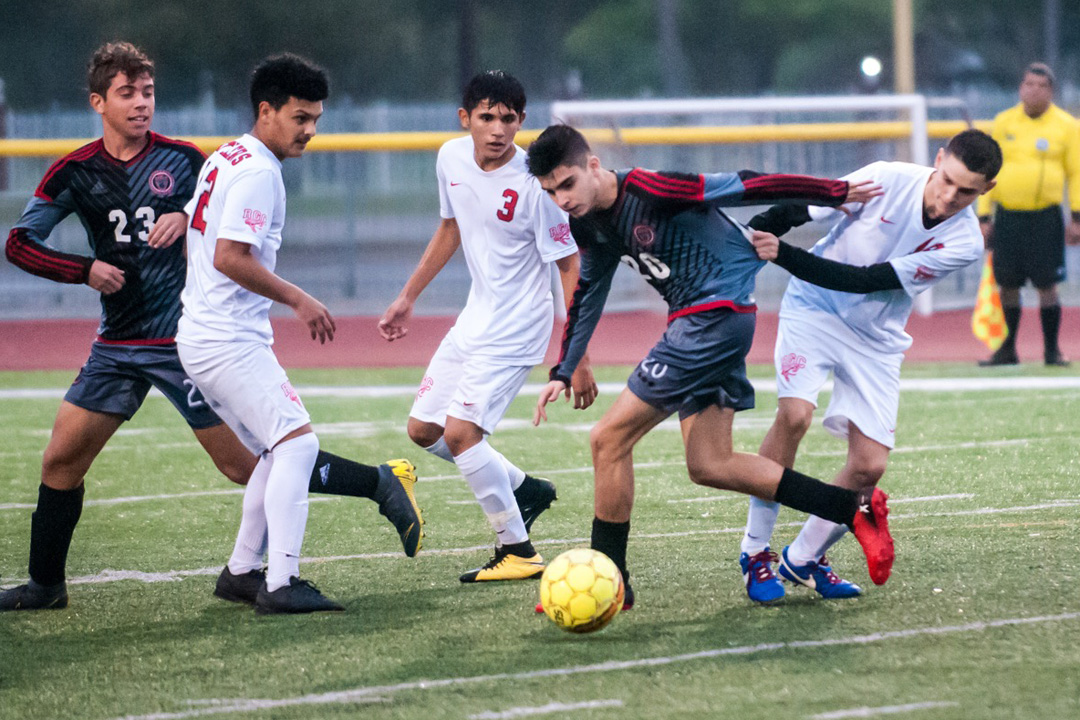 Qualifying for the playoffs is not the only goal teams set for themselves each season, winning a district championship is another goal that most of the better teams strive for as well. With eight to 10 teams in each district, that’s a much more difficult goal to attain, but for two of the 14 teams from the aforementioned school districts, that goal has now become a reality.

So which of these 14 teams have already punched their tickets into the playoffs that will be opening next weekend and which have earned the right to be called champions? Read on to find out.

While some might be surprised by this team’s success, Lady Diamondbacks’ head coach J. J. Lopez is not one of them.

“This team has come a long way since the beginning of the season,” Lopez said. “We graduated nine starters from last year so we knew we had our work cut out for us. But here we are as district champions. That’s athletics for you.”

One of the highlights of the season so far for Vasquez was when the Lady Diamondbacks clinched their first district title.

“It was after the PSJA Memorial game,” Vasquez said, “We knew that we had secured a co-championship already and that all we needed to clinch the title was to defeat Memorial outright. When we did that, it was an amazing feeling because it was a first for Coach Lopez at Pioneer and it was a first for all of us.”

Junior Jocelyn Boyle plays center-mid for Pioneer. When asked what winning a district championship means to her, Boyle said, “To me it means a lot because we were able to do it with a team that was underestimated by so many people. We weren’t even ranked at the beginning of the season while other teams were. We’re all so competitive that being told we were the underdogs gave us the motivation to prove everyone wrong.”

As for what goals she and her teammates set for this season and if they have changed, Boyle said, “Our goals at the beginning of the season were to play our best and up to par of what we’re capable of playing, so our goals haven’t changed. We always want to play our best in every game. So we’re looking forward to trying to meet what previous Lady Diamondbacks teams have accomplished in the playoffs, which is to reach the regional tournament. And I think we can do that with the team we have now.”

In addition to the Lady Diamondbacks, the Sharyland Lady Rattlers have qualified for the playoffs as well. They will be playing Brownsville Lopez in the bi-district round of the playoffs. The day, time and location of this game was yet to be determined at the time we went to press.

District 31-5A Boys
With three of the four playoff teams in this district coming from the seven high schools in the Mission, Sharyland and La Joya school districts, the Big 7 will be very well represented among the 31-5A boys. Sitting atop the district for the first time since the 2015-2016 season are the 13-1 Sharyland Rattlers. The Palmview Lobos finished their inaugural season as members of District 31-5A in second place. And the Pioneer Diamondbacks, who survived a close call against the last place Rio Grande City Tuesday night, pulled out a 5-4 victory to clinch third place and the Diamondbacks’ third playoff appearance in the school’s five year history.

District 30-6A Boys
The Juarez-Lincoln Huskies will be entering the playoffs as district champions for the third consecutive year.

Depending on the outcome of tonight’s games, they will be playing Laredo United South, Laredo Alexander or Del Rio in the bi-district round next weekend.

The La Joya Coyotes clinched their playoff spot by finishing the regular season in second place. Who, when and where they will be playing in the bi-district round will also be determined after the completion of tonight’s games.

The Mission Eagles could be the ninth Big 7 team to qualify for the playoffs. They, along with Nikki Rowe and PSJA North, are the three teams vying for the final playoff spot in the district. There are too many different scenarios involving these three teams to list here, but one thing is for sure, the Eagles need to defeat the La Joya Coyotes tonight to keep their playoff hopes alive.