A teacher at Veterans Memorial High School in Mission surrendered to police Thursday after investigators determined she had a sexual relationship with a student.

The Mission Police Department charged Edna M. Longoria, 39, of McAllen with improper relationship between educator and student, a second-degree felony. 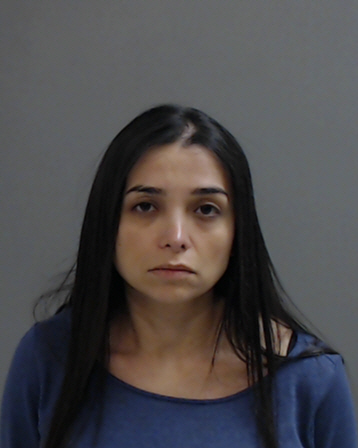 The Mission Consolidated Independent School District — where Longoria worked as a health science teacher — had already placed her on administrative leave.

“We recently received a report concerning the alleged behavior of one of our employees. Upon receiving the report, we took all steps required by law and by policy to address the situation and to ensure the safety and well-being of our students,” Garza wrote, according to a copy of the letter provided by the district. “While it is not appropriate for, nor does Mission CISD comment about any allegations or investigations relating to personnel and student matters, I felt it was important to let you know that we, and the district administration take all reports of inappropriate actions seriously, and take immediate actions to address any allegations.”

Administrators at Veterans Memorial contacted police on March 21, when they became aware a 17-year-old student had an inappropriate relationship with Longoria.

Police determined the sexual encounters between Longoria and the student happened in a high school classroom.

“The victim also provided messages he would exchange with the defendant which were inappropriate and contained material of sexual nature,” according to court records. “These messages were exchanged through the application ‘Snapchat’ and regular text messages.”

If convicted on the second-degree felony charge, Longoria faces a maximum of 20 years in prison.