Investigators arrested a former custodian at Sharyland North Junior High last week after students said he offered to pay them for oral sex.

Two boys said that custodian Manuel Martinez, 56, of McAllen touched them inappropriately and offered to pay them for oral sex, according to court records. A third boy witnessed the incidents. 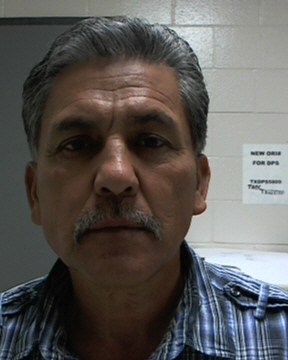 Investigators assigned the boys pseudonyms — Carlos, Austin and Roy — to keep them anonymous. The boys confronted Martinez on March 5, minutes after he touched Carlos in the cafeteria.

“Carlos stated he asked Manuel why he touched him and Manuel told him, ‘Because I like little Mexican boys,’” according to court records.

Investigators charged Martinez with two counts of prostitution-soliciting a person younger than 18 years old, a second-degree felony, and one count of making a terroristic threat, a Class B misdemeanor.

Asked about the arrest, the Sharyland Independent School District released a statement.

“Upon learning of certain allegations made against a former custodian, the Sharyland ISD (‘District’) initiated an immediate investigation. The custodian was terminated and the allegations were reported to the Texas Education Agency as well as to Child Protective Services as required by law,” according to the statement. “The former employee was subsequently arrested. The Sharyland ISD is working with law enforcement who are investigating the allegations. The District has communicated with those impacted by the allegations. Due to the ongoing investigation the District cannot comment further.”

The investigation started on March 5, when a coach heard people arguing in the bathroom.

Concerned about the commotion, the coach entered the bathroom and witnessed Martinez standing near the boys, according to court records. Martinez appeared shocked to see the coach and walked away without saying anything.

When the coach asked the boys what happened, Carlos said “Manuel had grabbed him during lunch and they also told him about how Manuel offered Carlos $40.00 for oral sex,” according to court records.

Investigators interviewed Carlos, who recounted four incidents where Martinez touched him inappropriately or offered him money for oral sex.

The first incident happened in January, when students returned from winter break.

Carlos and Austin also said that Martinez offered to pay them for oral sex.

Along with touching them inappropriately and offering them money for oral sex, the boys said Martinez threatened Carlos with a knife.

If convicted on the felony charges, Martinez faces a maximum of 20 years in prison.