She was a native of New Jersey, born in Mays Landing, on February 5, 1923, to Carl and Elizabeth (Waterson) Schlothauer, the fourth of six children. She was the last surviving sibling at her death. Helen and her siblings were orphaned as children and were placed in a Catholic orphanage, but Helen eventually became a pampered teenager by a surrogate parent, Mrs. Henry F. Schenk of Flemington, New Jersey, until she took up the challenge to America’s freedom by joining the U.S. Navy during World War II. She served as a Hospital Apprentice Corpsman at the U.S. Naval Hospital at Santa Margarita Ranch (now Camp Pendleton) in Oceanside, California. During the war she gained a dashing war hero husband, Ira M “Bing” Bird, an Army Air Corp Captain from Coke County, Texas, marrying at the Davis-Monthan Air Force Base Chapel in Tucson, Ariz., on July 23, 1944. 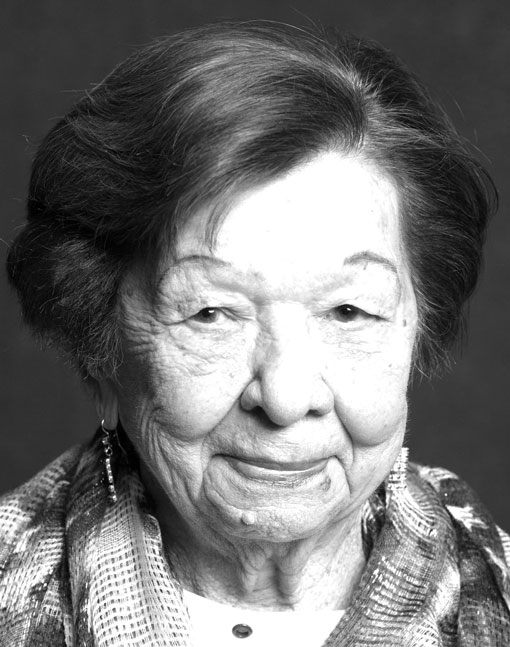 She has six grandchildren that adored her and the love was mutual: Jessica (James) Mebane of Round Rock, Tex.; Rachel Harbour of Boerne, Tex.; Elizabeth Holt and Kenneth Holt III of San Antonio, Tex.; Michael (Anna) Bird of Midland, Tex.; and Natalie (Shane) Johnston of Lubbock, Tex.

Helen and Bing lived in Coke County for 15 years during the worst of the drought in the 1950s, eventually moving to Mission in Hidalgo County in search of a better life and more favorable weather. In Coke County they were members of Robert Lee Baptist Church, and in Mission they were very active in First Presbyterian Church and it was there they completed the task of raising their children.

After Bing died in 1977 when Helen was 54, Helen moved to the Leon Springs/Boerne, Tex. area. She was a member of the Leon Springs Presbyterian Church and delighted in walking clubs, dancing groups, and exercise classes for many years. Always active, involved, vivacious, loyal, opinionated, obstinate and outspoken, she made a lasting impression on all she encountered.

Retirement was never exciting enough, so Helen worked every job imaginable well into her 80s and was always ready for the next adventure. Helen persevered through all of her life’s overwhelming challenges on her own terms. Eventually, declining health led her to live with her youngest son, Carl, in Midland and in 2016 she was a proud participant in the Permian Basin Honor Flight veteran’s trip to Washington, D.C.

Services will be limited to a family graveside service at the Robert Lee Cemetery at a later date, with Pastor Wayne Urbanowski of Leon Springs Presbyterian Church officiating.

If you knew her as Helen, Birdie, or GramBird, we encourage you to lift a cup of coffee (really hot, and not too strong!) with a decadently sweet pastry in her memory. We love her deeply, cherish the lessons learned from her, respect her plainspoken and direct approach to all things good or bad, but most of all, will forever remain in absolute awe of her iron will, indomitable spirit, and ability to shed life’s injustices. She survived when most would crumble and kept on marching toward the horizon. Godspeed, GramBird. Godspeed.

Arrangements are under the direction of Nalley-Pickle & Welch Funeral Home & Crematory of Midland, Tex. Online condolences may be made at www.npwelch.com.