The “United We Count” campaign was met with support throughout the Rio Grande Valley this week. 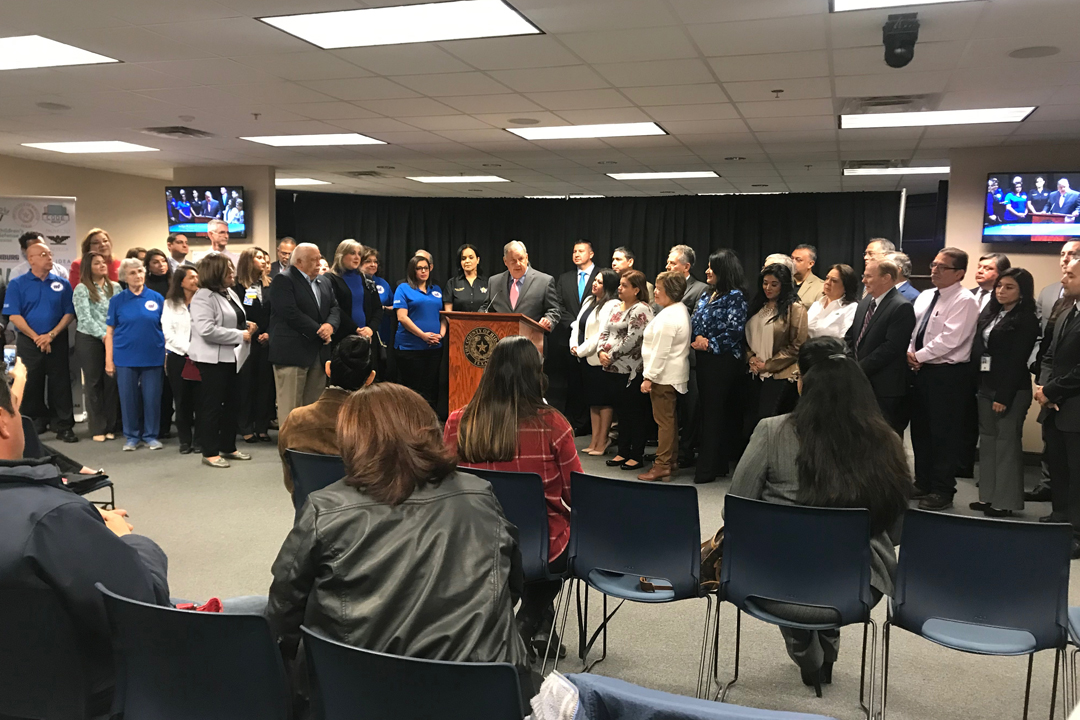 “It&rsquo;s going to take a very united effort for all of us to make sure that everybody in Hidalgo County is counted,&rdquo; Fuentes said. “We have representatives from our schools, our cities, leadership and county representatives here. Hand in hand, we&rsquo;re going to go out there and make sure that we get all the necessary counting done.&rdquo;

Erika Reyna, the assistant chief of staff for Cortez, was one of many to speak on the lack of funding that has come as a result of low RGV census counts in the past.

According to the speakers, the RGV has been undercounted for many years because of the lack of participation in the U.S. Census.

Cortez mentioned that Hidalgo is the seventh largest county in Texas, and that statistics say that 35 percent of people living in the county live in poverty.

“So it&rsquo;s extremely important that we maximize the funds that come to our area, from the federal government as well as our state government,&rdquo; Cortez said. “We have an opportunity in this census to be counted.&rdquo;

Cortez said that traditionally Hidalgo County has been undercounted in part because of undocumented residents fearing deportation, complacency and incorrect addresses.

“We think at least 20 percent of the people that live here may be undocumented workers, undocumented people,&rdquo; Cortez said. “So when someone from the outside comes in and wants to count them, or wants to identify them and give them a census message, their concern was that a stranger was coming in [to their homes].&rdquo;

The county also does not want to be complacent this year, and ensure everyone is counted without repercussion, according to Cortez.

“You can do it online, over the phone, and physically through mail,&rdquo; Cortez said, adding that those physically collecting for the census should hopefully be familiar faces for residents.

Judge Vera said that the main issue with being undercounted is the lack of funding that results from it at the state and federal levels.

“We venture to say that we have closer to 50 percent in poverty [in Starr County],&rdquo; Vera said. “So every dollar that we lose [in state and federal funding] is a tremendous loss for us.&rdquo;

“To me, when you have a 3 or 4-year-old child that doesn&rsquo;t get into the classrooms, it&rsquo;s very difficult for them to catch up later on,&rdquo; Flores added, saying that the school districts in the area have come to the program&rsquo;s rescue. “We do not get additional funds, yet we have additional mandates to be able to do what we do.&rdquo;

Reyna said the county is excited to be partnered with several community establishments in order to raise more awareness that the 2020 Census is one year away.

“We want to continue to grow,&rdquo; Reyna said. “We&rsquo;ve got one year, we&rsquo;re going to work very hard to make sure we provide the government with the information that is needed so we can make resources available and our community responds. United we count. Contamos unidos.&rdquo;