Locally-sourced casual and formal-wear alike were on full display this weekend.

The Texas Citrus Fiesta put on their first fashion show this past Saturday at Balli’s Terrace. Models ranged from young children to mothers and grandmothers, all donning clothes from local boutiques and stores across the Rio Grande Valley. 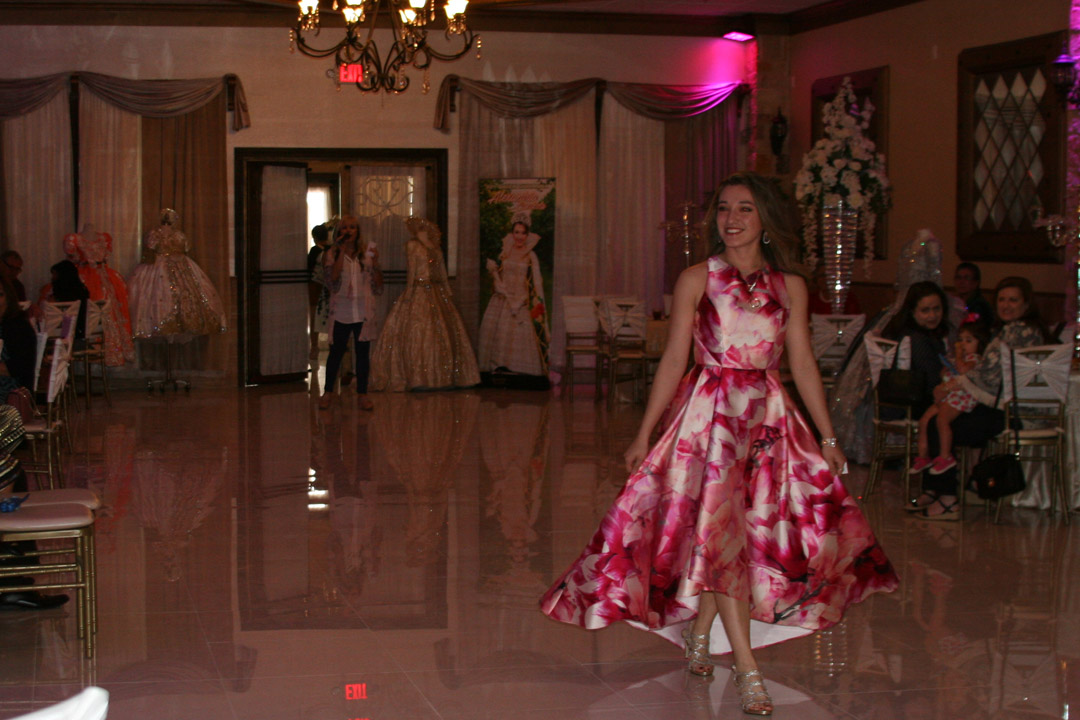 The showcase was put on in order to “revive” the Texas Citrus Fiesta, according to TCF Director Lisa Rivera.

“I want the citrus fiesta to be more exposed more than it has been in the past few years,” Rivera said. “We thought it would be a great idea to reach out to the community and have an event where the ladies and gentlemen can enjoy a day out and enjoy a great show.”

“Queen Citrianna represents not only Mission, but the whole Rio Grande Valley,” Rivera said. “So we involved other people from the area as well.”

Rivera wants the Texas Citrus Fiesta to be more than just a one-time event during the year.

“We’re going to grow from where we are right now,” Rivera said. “That’s our goal: growing. We’re reviving it, so it’s well-known throughout the Rio Grande Valley and even further once we get to that point.”

“And this is just part of it,” Rivera added, noting that TCF will be hosting a Vaquero Cook-Off on May 4. “It’s a stepping stone, we’re moving up.”

Among the models were Queen Citrianna 82nd Alexandria Canchola and Maria De Jesus O’caña, the first lady of Mission. Canchola was happy to see the TCF continue activities outside the regular fiesta, and she said marketing the TCF was one of her top priorities as Queen Citrianna.

“I’m really excited that we’re pulling off this event, and I know the ladies worked really hard to put it together,” Canchola said. “My mom and I will be modelling, which is also exciting.”

While Canchola has been modelling since she was 4 years old, it was the first time her mother joined her on the runway.

“The experience is for her and I to bond a little bit more,” Canchola said. “Now that I’m getting older, she’s trying to take everything in. I’m excited to share this with her.”

Sandy Pena, the owner of Lionel’s Western Wear & Boutique, said showcases like these help get word out for local businesses.

“It doesn’t matter how long you’ve been in business, you can’t just sit and think people are going to walk in the door,” Pena said, adding that she took over Lionel’s from her parents (her father started the business in 1959).

“By doing style shows like this, it opens people’s frame up, and they’ll see that it’s not just a western store.”
Mayor Armando O’caña said he was proud to watch his wife model. For him, the TCF Fashion Show is one of many new events that is contributing to growth in Mission.

“We need to bring back that culture we used to have,” O’caña said. “The Texas Citrus Fiesta has always been a great deal.”

Rivera hopes that more people turn out for next year’s Texas Citrus Fiesta Fashion Show, because it gives the community something new to do.

“It’s an invite from the director,” Rivera said. “There’s more than just the little things we do on a daily basis here. Come out, there’s events like fashion shows, we need to educate people that there’s other things out there.”